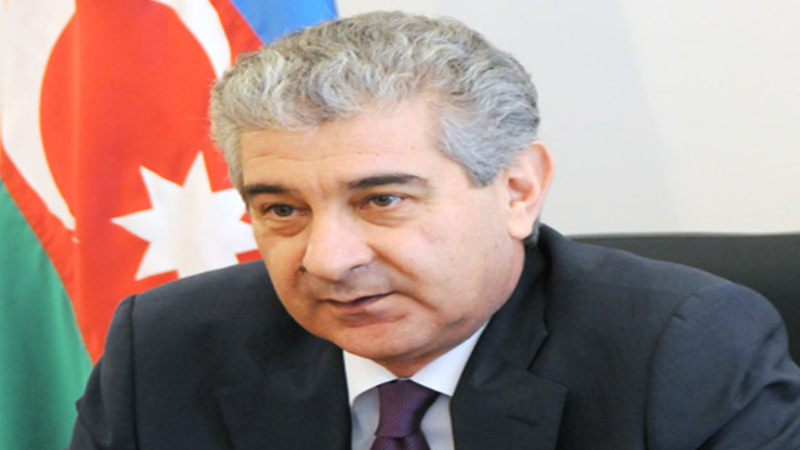 Nikol Pashinyan's government carried out a provocation on Armenian-Azerbaijani border to protect its dictatorial regime from the growing anger of the Armenian people, Azerbaijani Deputy Prime Minister, Deputy Executive Secretary of the ruling New Azerbaijan Party Ali Ahmadov said in an interview to the local REAL TV channel, Trend reports.

He pointed out that Azerbaijan's army gave a worthy response to the Armenian armed forces.

“Our soldiers inflicted devastating strikes on the Armenian army. I think that the Armenians at least regretted attempting this provocation, as our martyrs were revenged,” Ahmadov noted.

According to him, the decision to convene a special session of the UN General Assembly on the initiative of President Ilham Aliyev also shows importance of Azerbaijan for the international community.

“However, Armenia is trying to weaken the position of our country in the world community by making provocations on the border and blaming Azerbaijan for this, although it is a lie,” he said.

He reminded that President Ilham Aliyev also touched upon Armenia's provocation during the online meeting of the Security Council.

"This is a message to the international community, including the OSCE Minsk Group, that Azerbaijan will never allow the creation of a second Armenian state on its territory, using all means to free its lands,” Ali Ahmadov said. “The Azerbaijani society and government repeatedly expressed concern over the OSCE Minsk Group’s activity. The fact that the conflict is still unresolved is clear evidence of the group’s inability to adequately fulfill its responsibilities.”

“Despite the military aggression, the occupation of part of our lands and the fact that a million people became internally displaced persons, the Minsk Group did not name the aggressor by its name. In the case of aggression, it’s impossible to eliminate it without identifying the perpetrator. Therefore, the OSCE Minsk Group should clearly state its position," Ahmadov added.

Starting from noon on July 12, units of the armed forces of Armenia, grossly violating the ceasefire in the direction of Azerbaijan’s Tovuz district along the Azerbaijani-Armenian state border, opened artillery fire at Azerbaijani positions.