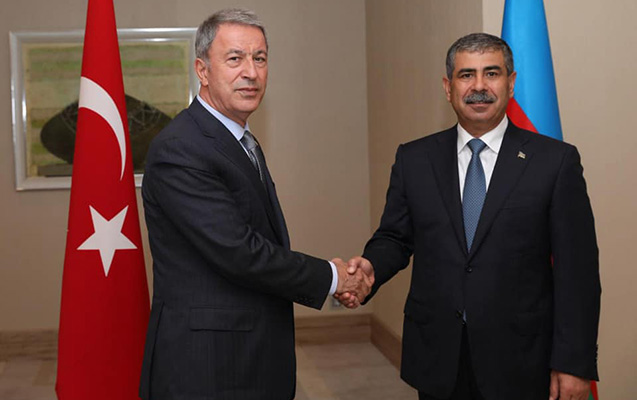 Colonel-General Z. Hasanov congratulated Mr. Akar on his 70th anniversary and wished him good health, long life, and greater success in his activities for the development of the Turkish Armed Forces.