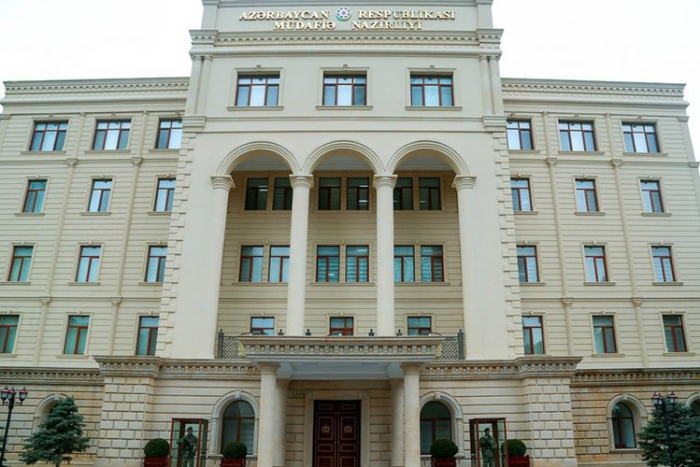 Azerbaijan’s Ministry of Defense has responded to Armenia’s former president Serzh Sargsyan, the press service of the ministry told News.Az

The message of the ministry says:

"Armenia's former President Serzh Sargsyan speaking about the hostilities in April 2016, made a foolish statement that the Azerbaijani Army allegedly included military instructors from Turkey and Israel.

It is known that it is in the armed forces of Armenia, which have a serious shortage of conscripts and mobilization resources, the widespread use of foreign mercenaries from foreign countries is being practiced.

It is not surprising that Sargsyan, who partially came to his senses four years after the April battles, made such nonsense in his justification.

Thus, on the one hand, the consequences of the defeat of the Armenian army in those battles, and on the other hand, the call of the parliamentary commission to identify the causes and perpetrators of those failures and to punish them severely, forced Sargsyan to take that step.

We declare that today the Azerbaijani Army is manned by professional servicemen, who have received education in the most prestigious military educational institutions both in our country and in other countries of the world, and it has the most modern weapons and military equipment in its arsenal.

Sargsyan's false and ridiculous statements are an unsuccessful attempt to restore the lost authority in the eyes of his comrades-in-arms and Armenian public, particularly, to influence the decisions which will be made by the parliamentary commission. The Armenian people should know that it was Serzh Sargsyan and his military-political regime that was guilty of the humiliating defeat of the Armenian army in the April battles.

We reiterate that the Azerbaijani Army, which decisively suppressed the military adventure of the current Armenian authorities in the direction of the Tovuz region of the Armenian-Azerbaijani state border, is capable of preventing any further provocations of the enemy."