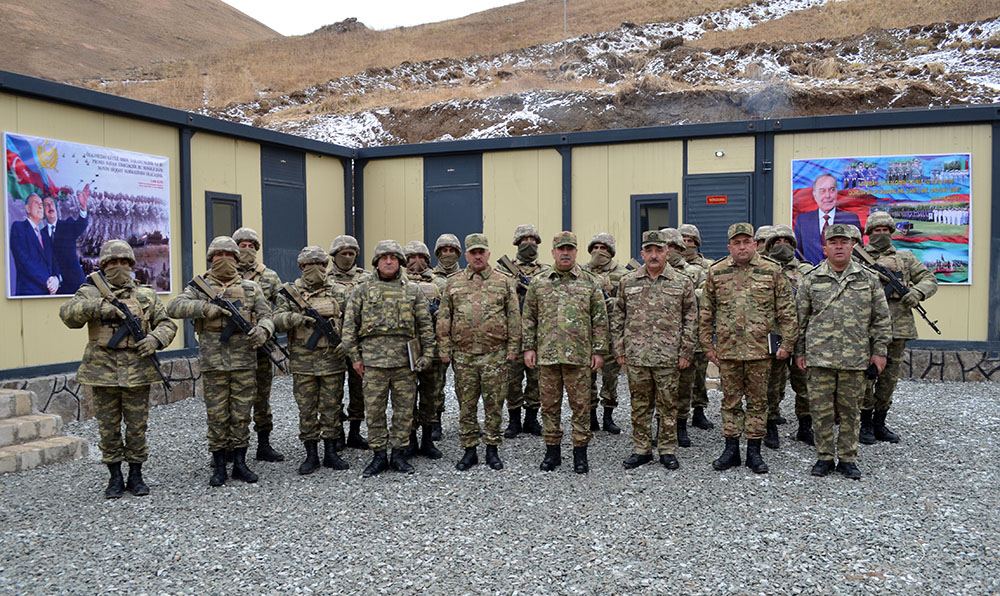 Under the instruction of the President of Azerbaijan, Commander-in-Chief of the Armed Forces Ilham Aliyev, Azerbaijan's Minister of Defense, Colonel General Zakir Hasanov, and the leadership of the ministry visited military units stationed on the border with Armenia, News.az reports citing Azerbaijan's Defense Ministry.

There is an armory, dormitory, dining room, kitchen, warehouses for food and clothing, a bathhouse and a sanitary unit, heating stoves, generators, and solar panels that provide an uninterrupted power supply. In order to prepare for winter, reserves with all types of provisions have been created at strongholds and combat positions.

The reports on the operational situation were presented

Having met with servicemen serving in harsh climatic conditions on terrain with difficult terrain, he highly appreciated their combat, moral and psychological training.

Colonel General Zakir Hasanov gave relevant instructions in connection with the organization of combat duty and military service, and the further improvement of the social and living conditions of servicemen.