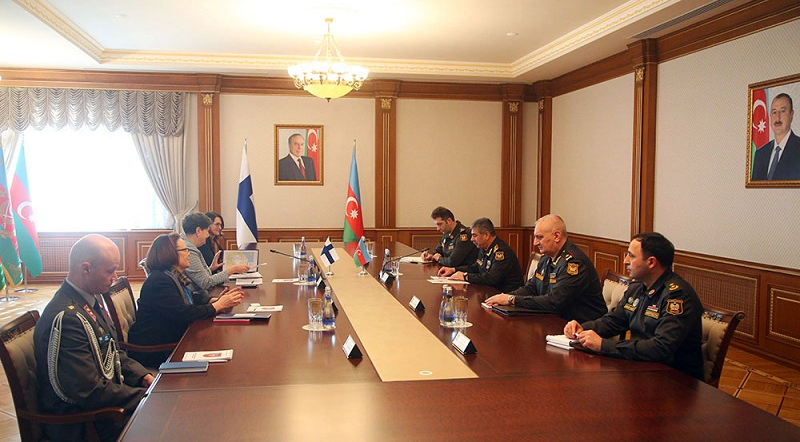 Azerbaijan’s Defense Minister, Colonel General Zakir Hasanov on Monday met with a delegation led by Director General of the Department for Russia, Eastern Europe, and Central Asia Maria Livala, who is on a working visit to Azerbaijan, the Defense Ministry told News.Az.

Welcoming the guests, the defense minister informed them in detail about the work carried out in the liberated territories after the victory gained in the Patriotic War under the command of Azerbaijan’s President, Supreme Commander-in-Chief of the Armed Forces Ilham Aliyev, as well as the situation on the Azerbaijani-Armenian border.

Minister Hasanov noted that the Azerbaijani-Finnish military cooperation was successfully implemented within the NATO Partnership for Peace Program.

Livala stressed the importance of further developing relations between Finland and Azerbaijan.

The sides exchanged views on relations between the two countries, strengthening peace and stability in the region, as well as other issues of interest.