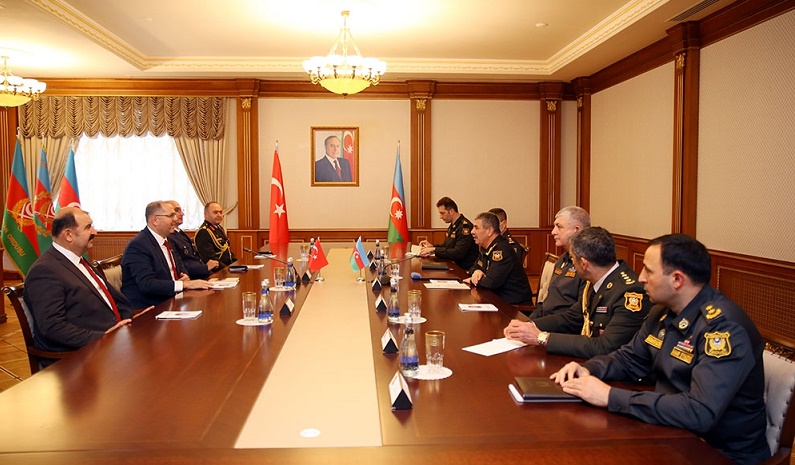 Azerbaijan`s Minister of Defense, Colonel General Zakir Hasanov has met with a delegation led by the Rector of the National Defense University of the Republic of Turkey, Professor Erhan Afyoncu.

Minister Hasanov expressed his gratitude for the moral support provided by fraternal Turkey during the Patriotic War and stressed the necessity of applying the model of the Armed Forces of the Republic of Turkey in the Azerbaijan Army in accordance with the instruction of the President of the Republic of Azerbaijan, Supreme Commander-in-Chief of the Armed Forces Ilham Aliyev and exchanging experience in the field of military education with the Turkish National Defense University.

The minister emphasized the importance of developing cooperation in the field of military education, as well as in other areas within the framework of the military alliance with Turkey.

Professor Erhan Afyoncu expressed his congratulations on the victory in the Patriotic War and noted that mutual exchange of experience in the field of military education has a positive impact on increasing the knowledge and skills of servicemen. He also noted that the cooperation in this field will continue.

The sides exchanged views on military education and other issues of mutual interest.