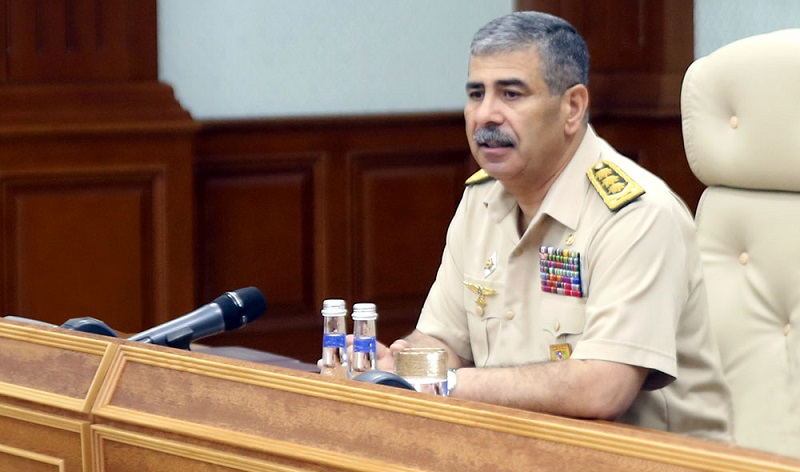 Having brought to the attention of the meeting participants the tasks assigned to the Azerbaijan Army by the President of the Republic of Azerbaijan, Supreme Commander-in-Chief of the Armed Forces, Mr. Ilham Aliyev, the Minister of Defense gave relevant orders and instructions to the command staff regarding the implementation of these tasks.

Analyzing the recent developments in the Kalbajar direction of the Armenian-Azerbaijani state border, the Minister of Defense ordered to be ready for any provocation that can be committed by the Armenian armed forces and to suppress them immediately.

The minister demanded to pay special attention to the issues of clarification of combat plans, the implementation of measures on bringing troops to a high degree of combat readiness, and their regrouping during intensive training and exercises, as well as to the aspects of combat and logistical support.

Touching upon the activities planned in the Azerbaijan Army for the second half of the year, Minister Hasanov gave instructions to the command staff on the speedy completion of the work, acceleration of engineering support of troops, ensuring preparation of military units, in particular, subunits and positions deployed in high mountainous areas for the winter period, as well as the further improvement of the medical support of servicemen.