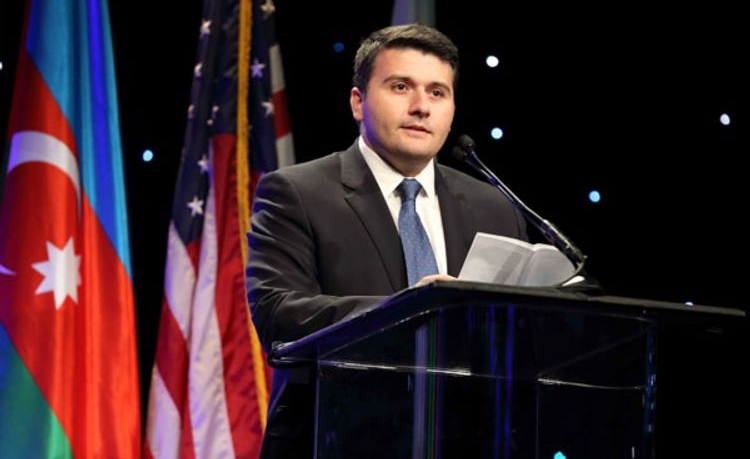 Consul General Aghayev discussed with the organizations the latest developments in the South Caucasus region, including last fall's 44-Day war between Armenia and Azerbaijan and its ramifications. Highlighting the results of the war, Consul General Aghayev expressed hope that the new situation will lead to a much-needed and lasting peace and reconciliation between the two countries and people.

Speaking of Azerbaijan's 30-year-long close friendship with the State of Israel, the Consul General stressed the strategic nature of this important partnership, covering many different areas, from energy security to strong cooperation in agriculture, water purification, production of solar panels, tourism, high technologies, to name a few. The people-to-people ties between Azerbaijan and Israel have been growing exponentially during the last years too. Before the pandemic, in 2019 alone, 40,000 Israelis visited Azerbaijan.

The strong Azerbaijani-Israeli partnership is built also on a robust foundation, which is the existence of a 2000-year old Jewish community on the territory of Azerbaijan, always in peace and dignity. Stressing the present safe and thriving life of 30,000-stong Azerbaijani Jewish community, in full harmony with their Muslim and Christian brothers and sisters, and with their many synagogoues, schools, cultural centers and other institutions, Consul General Aghayev mentioned that Azerbaijan attaches great importance to its exemplary model of interfaith peace and acceptance and multiculturalism.

Following the presentations, Consul General Aghayev responded to many questions from the participants.