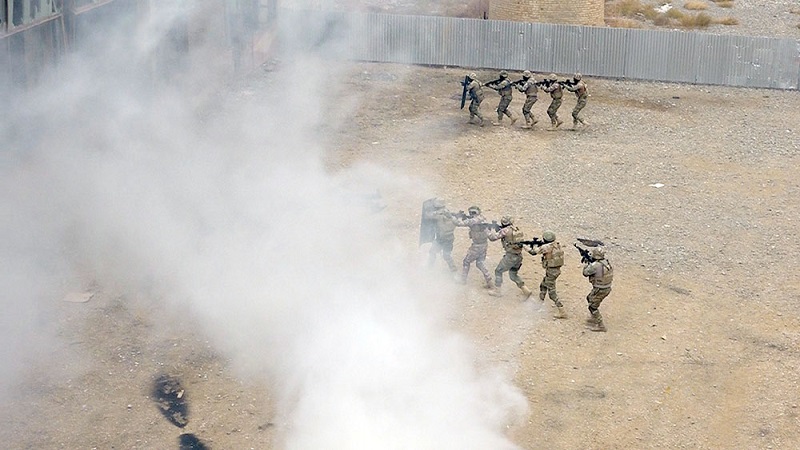 During the exercises, the air defense system of the imaginary enemy, which was preparing to commit a provocation, was destroyed.

According to the exercise scenario, Special Forces groups were instructed to destroy the imaginary enemy air defense system targeting the strategic facilities and airspace.

The imaginary enemy's military equipment, which came to help to intensify terrorist activities, was ambushed and destroyed.

Short-range combat elements were performed in the exercises, which were held in conditions as close as possible to real combat conditions.

The Special Forces destroyed the anti-aircraft missile complex of the terrorist group by neutralizing the control point of the imaginary enemy's air defense system and combat personnel.

At the end of the exercises, which was attended by the Commander of the Combined Arms Army, Colonel General Kerem Mustafayev, and representatives of the Turkish Armed Forces, the anti-terrorist skills of the personnel were praised, and valuable gifts were presented to servicemen.