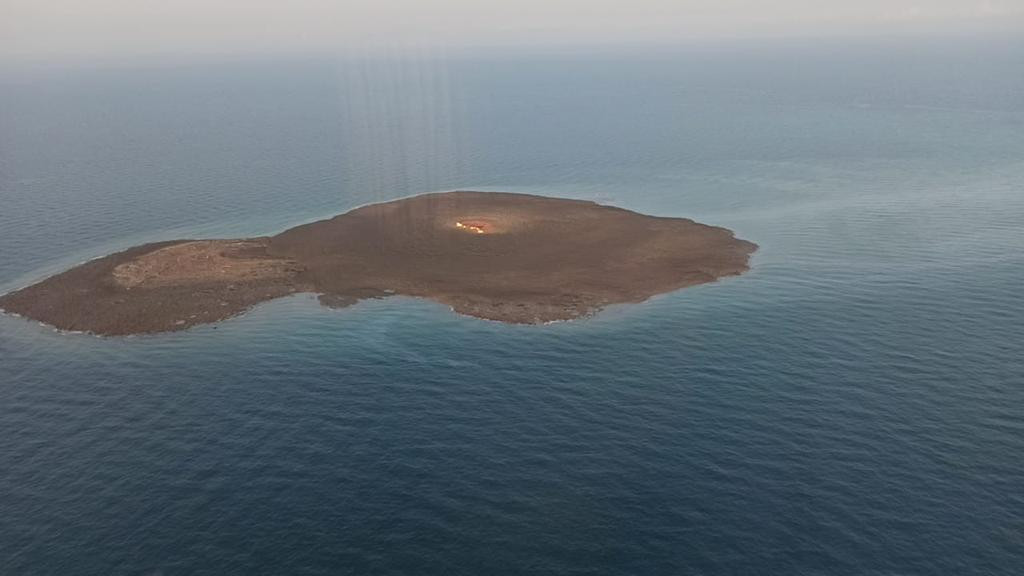 The mud volcano eruption on the rocky island in the Azerbaijani waters of the Caspian Sea continued for eight minutes, and the flame - for 20-25 seconds, said Gurban Yetirmishli, Director-General of the Republican Seismological Survey Center.

"The depth of the magmatic core of the volcano was 1.48 kilometers, and the capacity - 2.17 ml. The island itself was formed as a result of the eruption of this mud volcano. The last time the volcano erupted in 1945," Yetirmishli said.

Besides, according to the director-general, there are many submarine volcanoes in the Caspian Sea.

Yetirmishli added that after the earthquake in the Caspian Sea in 2000, the eruption took place and the north-eastern Nardaran settlement (Absheron Peninsula), as a result of which an artificial island was formed.