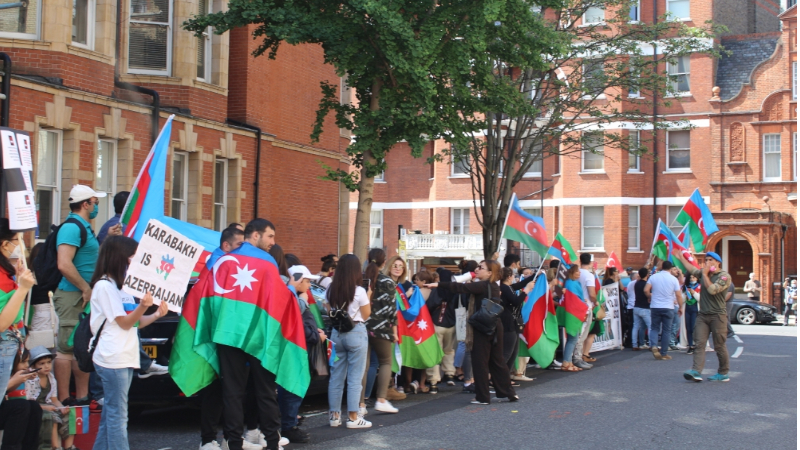 Azerbaijanis in the United Kingdom on Friday held a peaceful rally outside the Armenian embassy in London in connection with Armenia’s recent military provocations on border with Azerbaijan, the Azerbaijani embassy said in a statement.

During the rally, about 150 Azerbaijanis chanted slogans such as “Karabakh is Azerbaijan,” “Stop Armenian Agression” and sang the national anthem of Azerbaijan.

A few minutes before the rally, it became clear that the Armenian side, which had heard about Azerbaijan’s event in some form, also planned a rally the area. About 50 people joined their rally.

Azerbaijani Ambassador to the UK Tahir Taghizade received his fellow countrymen participating in the rally and thanked them on behalf of the Azerbaijani state for their patriotism.