Azerbaijanis in Geneva stage protests against terrorist acts of Armenia 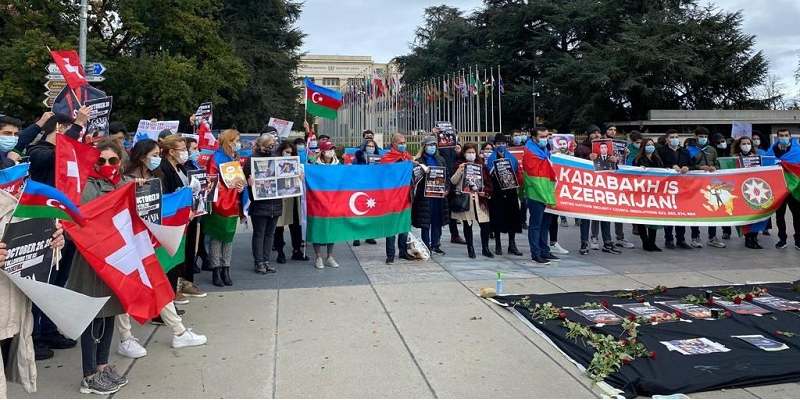 Representatives of the Azerbaijani community living in Switzerland held a peaceful rally in front of the Palace of Nations in Geneva to protest against the Armenian provocation and the heavy artillery fire by the occupying Armenian army to the cities and regions of Azerbaijan far from the frontline.

Our compatriots laid flowers in front of the pictures of the victims of terror and expressed their deep regret over the deaths of civilians, especially children, in Ganja and Barda.

Our compatriots, holding placards with slogans such as "Stop Armenian occupation!", "Azerbaijan demands justice!", "We say no to terrorism!", "Karabakh is Azerbaijan!", "Stop supporting the occupying state!" at the rally, once again drew the public's attention to the non-implementation of UN Security Council resolutions and called on the international community and organizations to put an end to Armenian terror and support Azerbaijan's just position. 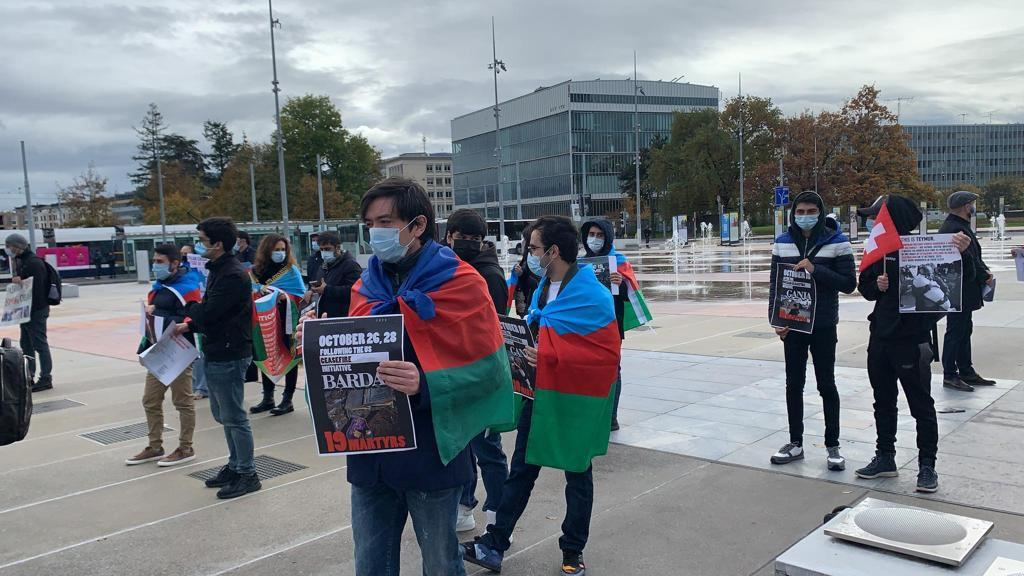 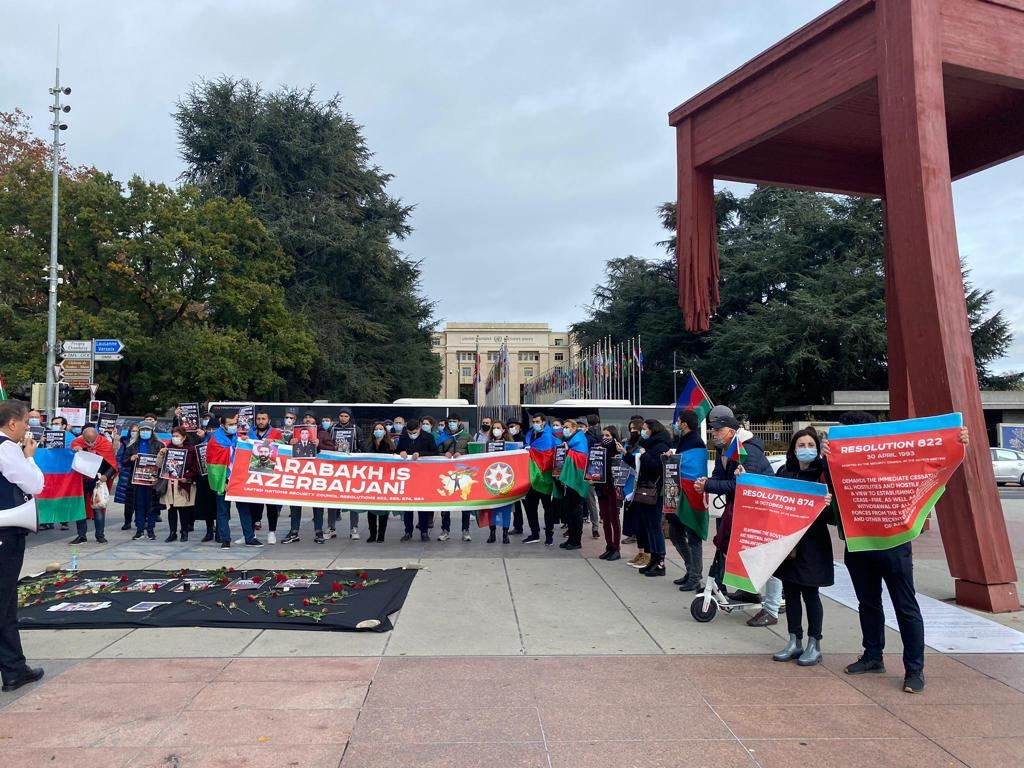