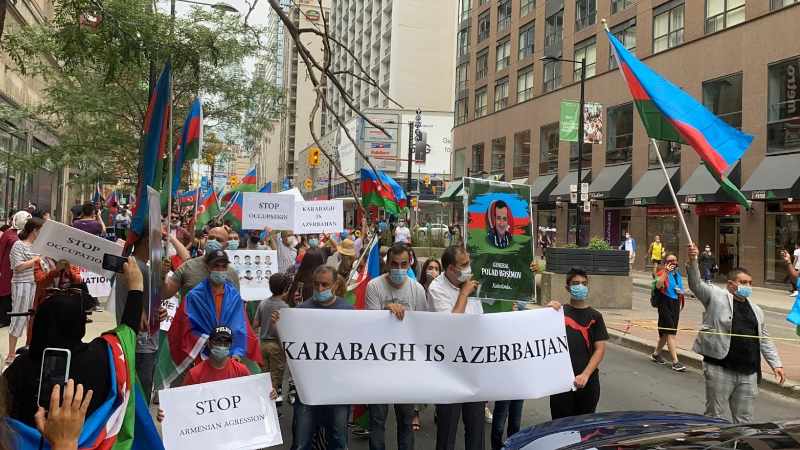 Azerbaijanis living in Canada and representatives of diaspora organizations held a rally in Toronto, Ontario to express support for the Azerbaijani army.

The rally participants protested against the provocations recently committed by the Armenian armed forces in the direction of Tovuz district along the two countries’ borders, the State Committee of Azerbaijan on Work with Diaspora told News.Az.

The Azerbaijanis demanded the prevention of Armenia’s ongoing aggressive policy and the liberation of the occupied Azerbaijani territories.

The rally participants chanted slogans in different languages and tried to inform the public about the bitter consequences of the conflict.

The Israeli and Turkish people living in Canada and people, who love Azerbaijan, also joined the rally.