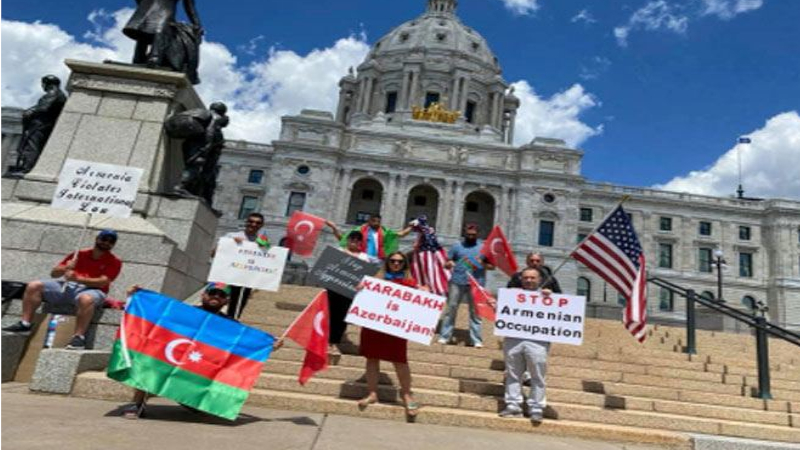 A rally in protest of Armenia’s latest military provocation in Azerbaijan’s Tovuz direction along the two countries’ border was held in the U.S. State of Minnesota on July 27, the State Committee on Work with Diaspora informs.

The rally, which was held in Saint Paul, the capital city of Minnesota, was organized by the Minnesota-Azerbaijan Association.

A convoy of cars with the state flags of Azerbaijan, Turkey and the US, with posters containing various slogans, drove through the city streets, drawing public attention to the realities of Azerbaijan.

Azerbaijani compatriots called on the U.S. Congress, the world community and international organizations to take decisive steps to put an end to the occupation and aggressive policy of Armenia, to liberate the Azerbaijani lands from occupation and restore the territorial integrity of Azerbaijan.