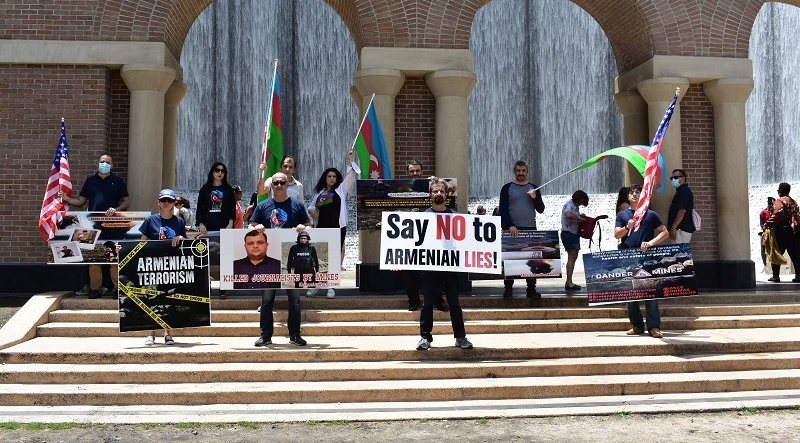 A protest rally was held in Houston (Texas, US) against Armenia’s refusal to provide minefield maps to Azerbaijan, the State Committee for Diaspora Affairs told News.Az.

The rally was organized by Samir Novruzov, a member of the Board of the Coordinating Council of US Azerbaijanis, the head of the American-Azerbaijan Integration Center, to inform about the death of Azerbaijani journalists and local executive authority, who accompanied them, as a result of a mine explosion in the Kalbajar district of Azerbaijan.

Besides, the rally was aimed to draw attention to Armenia's refusal to provide minefield maps of the liberated (from Armenian occupation in the Second Karabakh war from late Sept. to early Nov.2020) Azerbaijani territories. 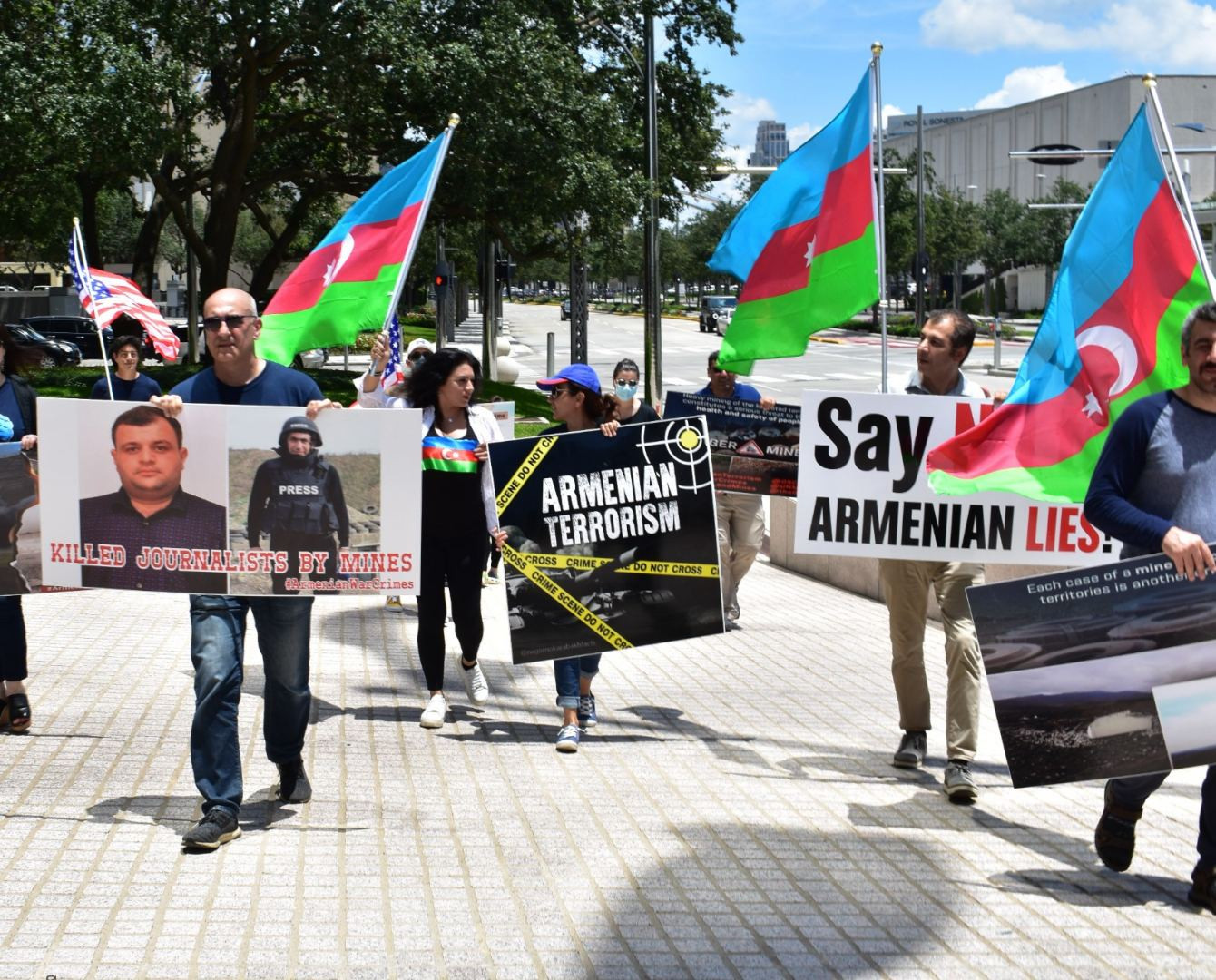 Participants of the rally held in their hands portraits of the killed journalists - Maharram Ibrahimov and Siraj Abishov.

Representatives of the Azerbaijani community of Houston also marched through the streets of the city, laid flowers on a corner created in one of its central parks to commemorate the journalists.

The protesters strongly condemned the refusal of Armenia to provide Azerbaijan with maps of minefields, stressing that this prevents Azerbaijanis from returning to their lands and restoring peace and normal life in the region.

They also called on the international community and authoritative media organizations not to neglect Armenia's violation of international conventions, and also to support Azerbaijan's fair position on this issue.

As earlier reported, on June 4, 2021, at about 11:00, a car with employees of television channels and news agencies sent to Azerbaijan’s Kalbajar district to carry out their official duties hit an anti-tank mine in the direction of Susuzlug village.

As a result, the cameraman of the AzTV channel Siraj Abishov, an employee of the AZERTAC news agency Maharram Ibrahimov, and the deputy representative of the district’s Executive Power in the administrative-territorial district of the village Arif Aliyev were killed. Besides, 4 people were injured of varying severity and were hospitalized. 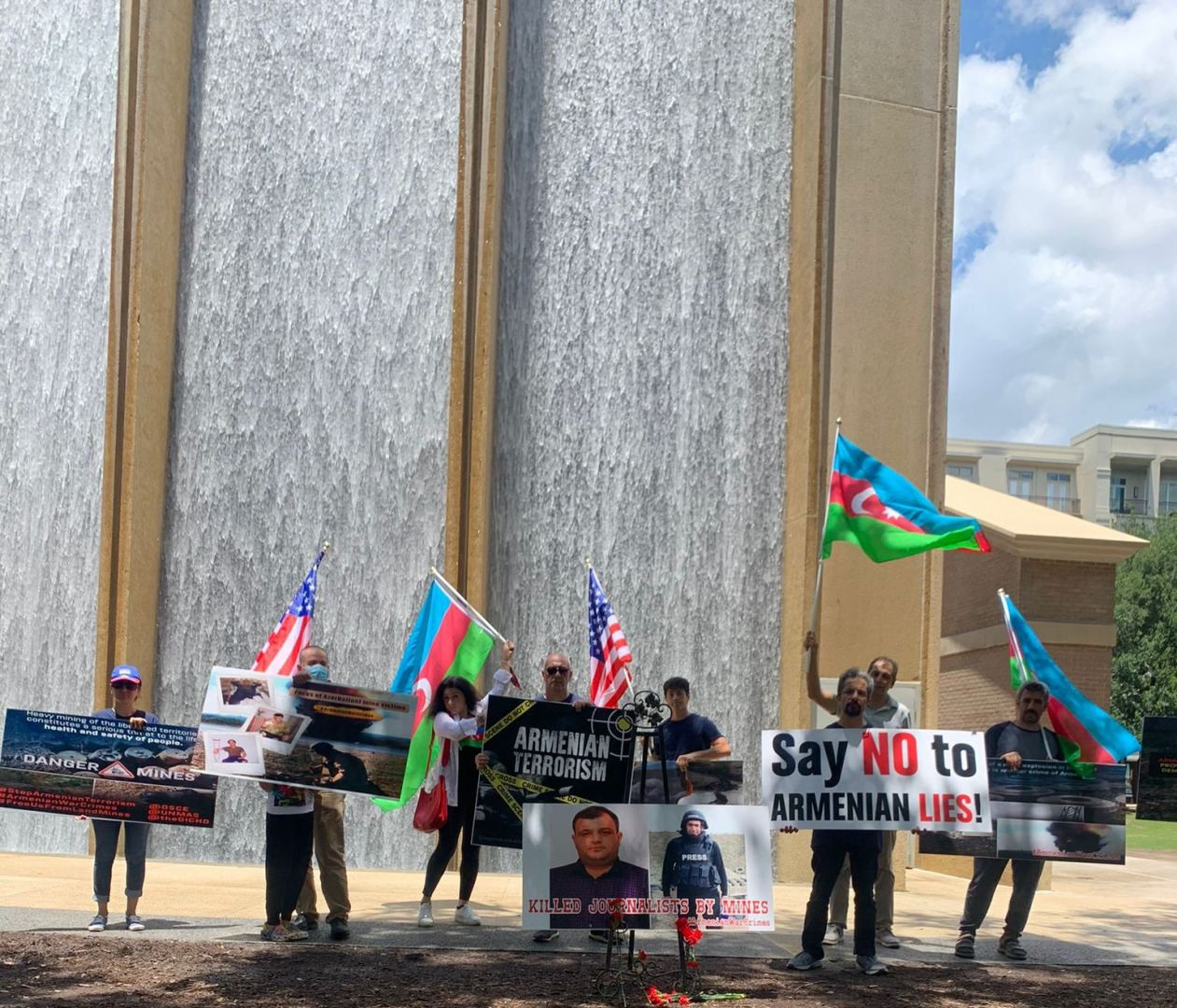