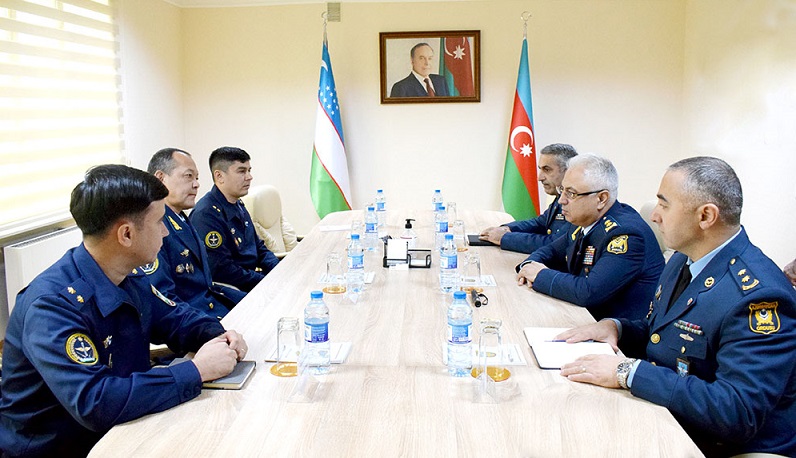 The Uzbek delegation is on a visit to Azerbaijan.

Welcoming the guests, Lieutenant General R. Tahirov expressed satisfaction to see them in Azerbaijan and stressed the importance of developing cooperation between Azerbaijan and Uzbekistan in the fields of military aviation and air defense, as in other areas.

Expressing gratitude for the hospitality, Major General A. Burkhanov emphasized that positive relations between the states will contribute to the development of the Air Forces of both countries.

A detailed exchange of views on the prospects for the development of cooperation between the Air Forces of Azerbaijan and Uzbekistan was held, as well as issues of mutual interest were discussed.

In the end, the delegation visited the Central Command Post of the Air Force and got acquainted with the work carried out here.