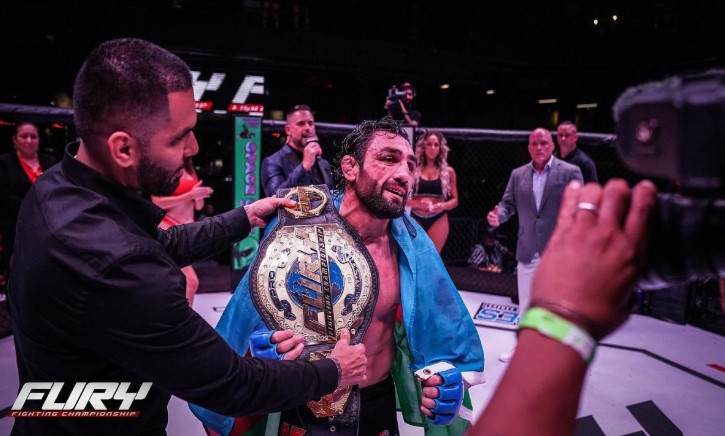 Huseyin Aliyev, the first Azerbaijani fighter to sign a contract with the UFC, claimed another victory in the United States, News.az reports.

Our compatriot living in the USA held a championship fighting in MMA  in Houston on August 14. He won the night fight at Fury FC 67 - UFC Fight Pass, and in the 65.7 kg title fight, completely dominating his rival, the former champion of the league and the famous fighter of the "Glory" Kickboxing tournament, Nate Richardson.

In his victory speech, Huseyin Aliyev thanked his South Azerbaijani head coach Nima Mazhari, head coach Javier Mendez from "American Kickboxing Academy," Habib Nurmagomedov, and other camp friends and supporters. At the end of his speech, he turned to UFC president Dana White and matchmaker Sean Shelby and said it was time to send the contract.