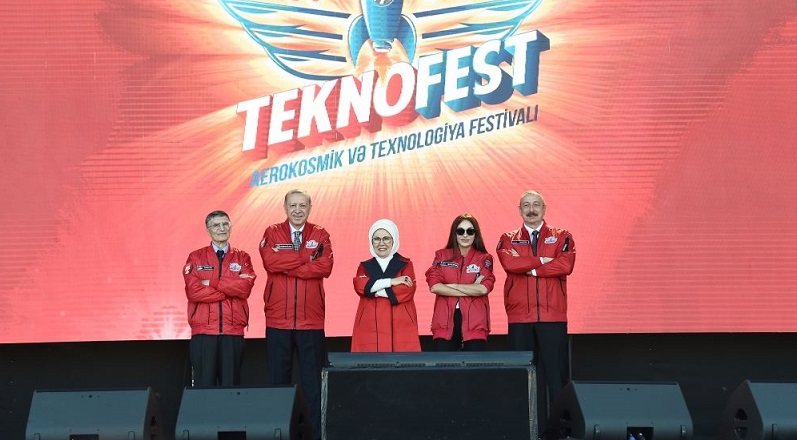 Addressing the event, Chief Technology Officer of Turkiye’s Baykar company Selcuk Bayraktar provided an insight into the festival and thanked for the excellent organization of the event in Azerbaijan.

Speaking at the festival, world-renowned scientist, the Nobel Prize Laureate Aziz Sancar emphasized the importance of Turkish-Azerbaijani brotherhood and friendship and expressed his gratitude for the organization of the TEKNOFEST Azerbaijan festival.

Then, President of the Republic of Turkiye Recep Tayyip Erdogan made a speech.

Following the speeches, the award ceremony was held for the winners of the festival in various competitions.

The heads of state and Aziz Sancar were presented with keepsakes of the TEKNOFEST Azerbaijan festival.

Then, the officials of the two brotherly countries posed together for photographs.