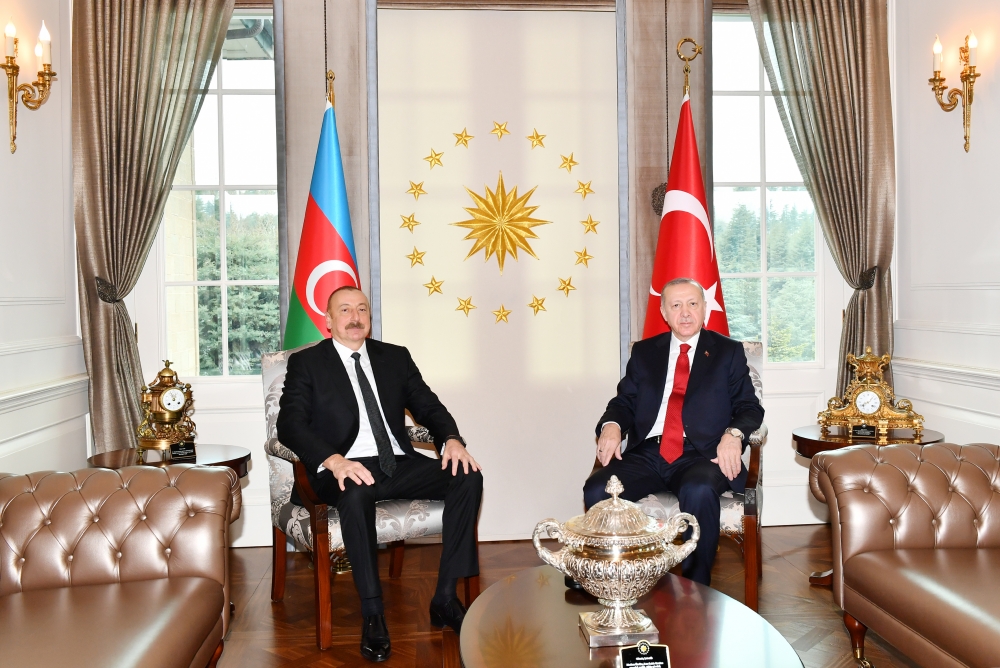 Presidents of Azerbaijan and Turkiye emphasized that by signing of the Shusha Declaration and the ratification of this document in the parliaments of the two countries, the Azerbaijan-Turkiye brotherly and friendly relations have further developed on the basis of alliance.

The sides exchanged views on the prospects of normalization of relations between Azerbaijan and Armenia in the post-conflict period.

The presidents also noted the importance of opening the Zangazur Corridor, the prospects it created for the region, and the construction of the Kars-Nakhchivan railway in this regard.