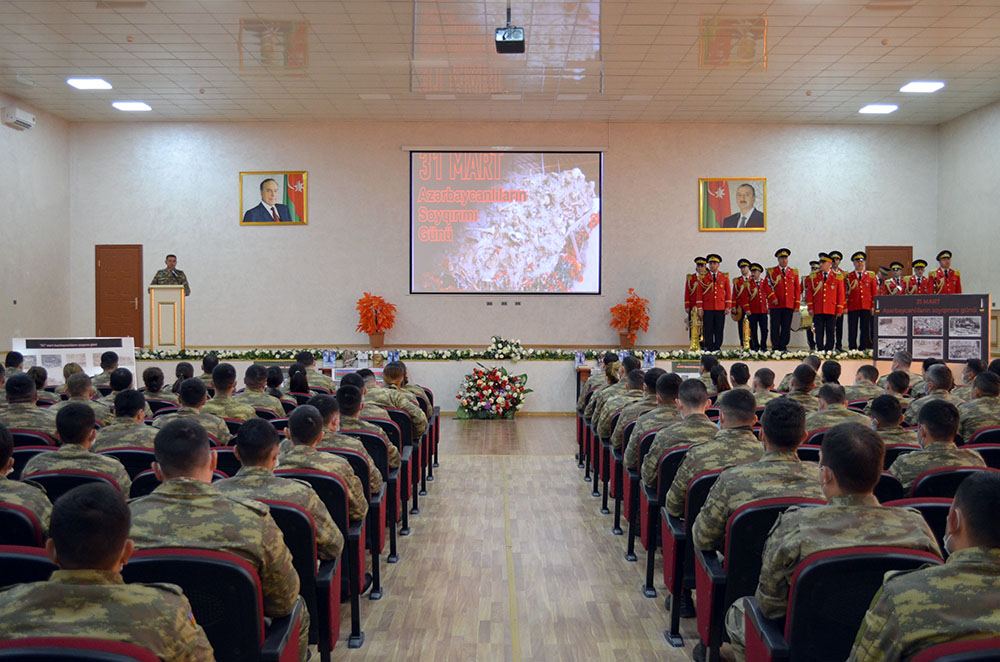 The Azerbaijani troops held several events related to the 103rd anniversary of the genocide committed by Armenian nationalists against Azerbaijanis in the spring of 1918,  according to Azerbaijani Defense Ministry.

The events were held in the Combined-Arms Army, various types of troops, Army Corps, formations, and special military educational institutions with the participation of the representatives of local executive authorities and public structures.

Classes on socio-political training, conferences, sessions, and other special events were held with the military personnel. Various exhibitions were organized, as well as documentary and feature films about the genocide of Azerbaijanis were shown.