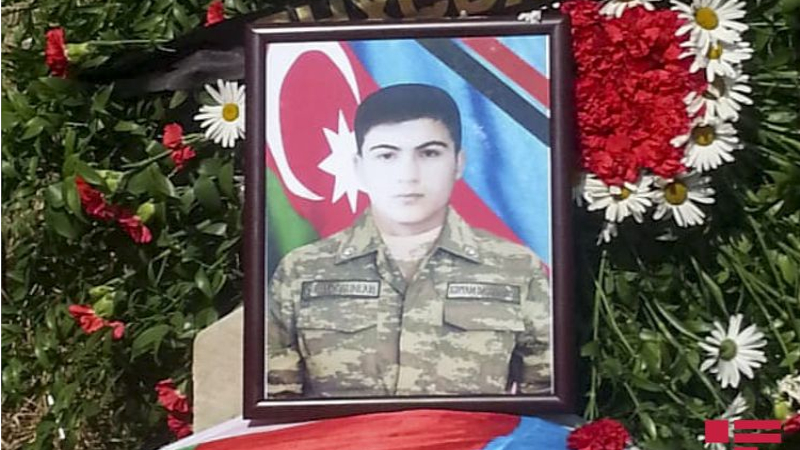 Azerbaijani soldier Khayyam Dashdemirov, 18, who was martyred while fighting an attack by the Armenian troops on Sunday, was laid to rest in Balik village of Ismayilli district.

On July 12, units of the Armenian armed forces attempted to launch an attack using artillery to seize Azerbaijani positions on the Tovuz direction along the two countries’ border.

Azerbaijani soldier Khayyam Dashdemirov, who was seriously wounded during the enemy provocation, also died despite the doctors’ efforts.