Azerbaijani seamen in Iran to take part in international contest 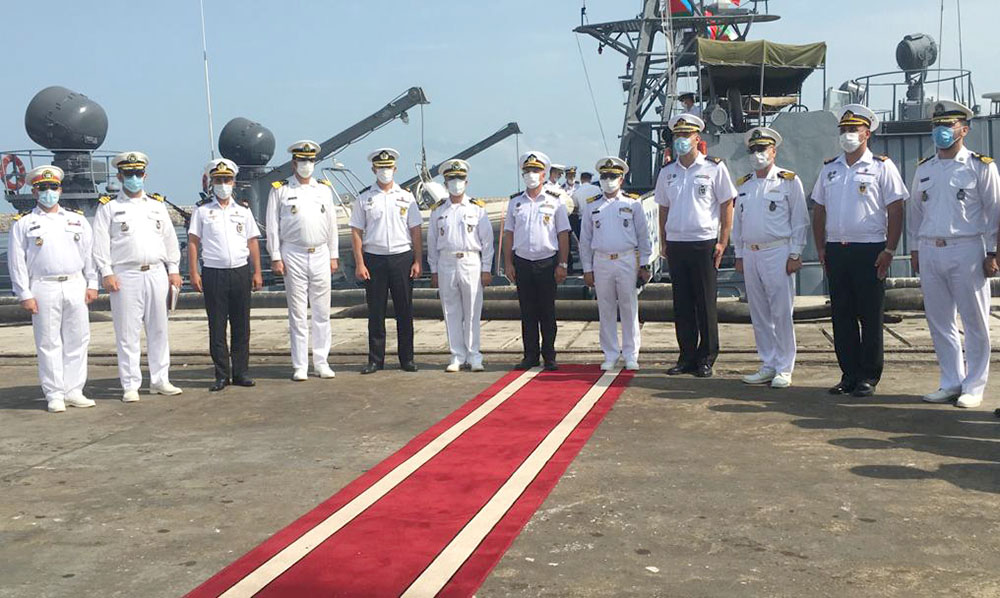 Servicemen of the Azerbaijan Naval Forces leaving to participate in the “Sea Cup” contest held as part of the International Army Games-2021 were met in the city of Enzeli, Iran, the Azerbaijani Defense Ministry told News.Az.

The welcoming ceremony was attended by a delegation of the Iranian Naval Forces and media representatives.

After the national anthems of the two countries were performed, the head of the Iranian delegation, Captain 1st Rank Muhammad Vakili greeted the Azerbaijani seamen expressed his satisfaction to see them in their countries.

The head of the Azerbaijani delegation, Captain 1st Rank, Habib Khalilov, thanked his Iranian counterpart for the warm welcome and attention.