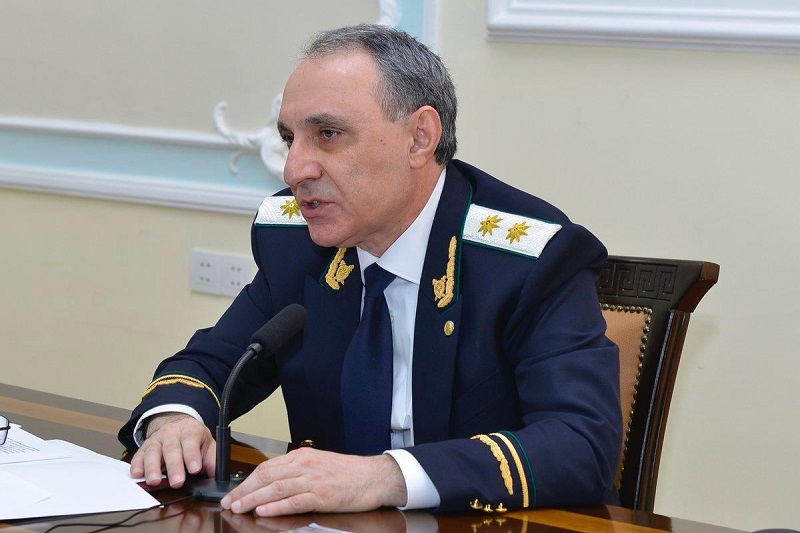 Azerbaijan’s prosecution bodies are carrying out work to expose the aggressive nature of Armenia in the international arena, just like during the Second Karabakh War, in which Azerbaijan won a great victory, and in the post-war period, Prosecutor General Kamran Aliyev said in an interview with Milli Majlis magazine.

In this regard, to ensure the prosecution of Armenia in the international arena, the collection of the necessary evidence in criminal cases initiated regarding the aggression of Armenia, as well as documentation of its consequences, continues, Aliyev added.

“Work in this regard is carried out in two directions. The first area is a criminal prosecution, and the second is the submission of appropriate claims for compensation outside of criminal prosecution. The non-prosecution referral more broadly covers not only the actual damage caused by the Armenian Armed Forces but also the loss of income and other similar problems,” the prosecutor general noted.

He also noted that to determine the damage caused by Armenia's aggression in the war that began on September 27, 2020, prosecutors examine all destroyed and damaged buildings and structures, and the results are documented properly.

Thus, taking into account the security measures in the territories liberated by the victorious army of Azerbaijan under the leadership of the Commander-in-Chief Ilham Aliyev, the inspection of cultural, religious, and other objects, as well as the collection of relevant evidence, continues, Aliyev added.