Azerbaijani president: Without any hesitation, we support Turkey and will support it in any circumstances 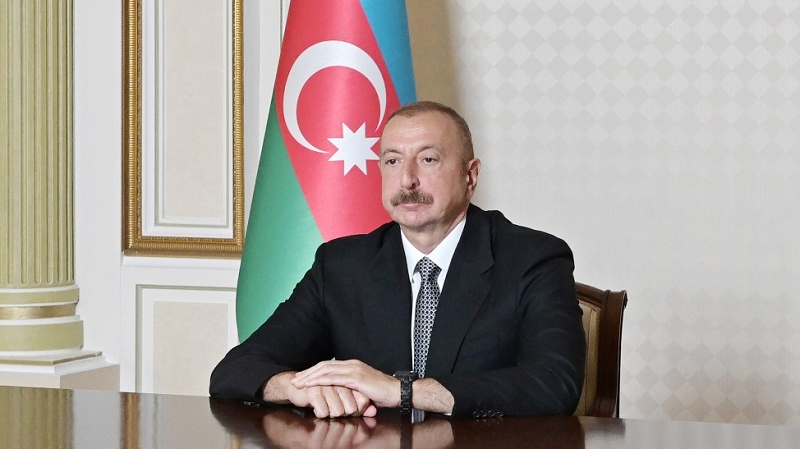 As reported earlier, President of the Republic of Azerbaijan Ilham Aliyev has today accepted the credentials of the newly appointed Ambassador Extraordinary and Plenipotentiary of Greece to Azerbaijan, Nikolaos Piperigos.

Trend presents some excerpts from President Aliyev's remarks at the meeting.

"The last issue I want to touch upon is the recent tension between Turkey and Greece in the Eastern Mediterranean region," President Aliyev said. "I can tell you, and it is no secret, that Turkey is not only our friend and partner but also a brotherly country for us. Without any hesitation whatsoever, we support Turkey and will support it in any circumstances. We see the same support from our Turkish brothers. They support Azerbaijan on all issues, and we support them on all issues, including the issue of intelligence in the Eastern Mediterranean."

"I want you to know our position," the Azerbaijani president said. "This position has already been officially announced by the Azerbaijani government on my instructions. I can tell you again that Turkey is not only a friend but a brotherly country for us. The Turks are our brothers. So we will be with them in all matters."

"I want to find something positive to touch upon, but unfortunately I can't find it," President Aliyev said. "Perhaps we hope that the new government of Greece, which came to power relatively recently, will reconsider the policy of the previous government against Azerbaijan."

"We can restore contacts and discuss issues that create positive dynamics," the Azerbaijani president said. "But, of course, that will depend on the policy and position of the Greek government."