Azerbaijani President: We want to see the South Caucasus as a region of peace, cooperation and interaction 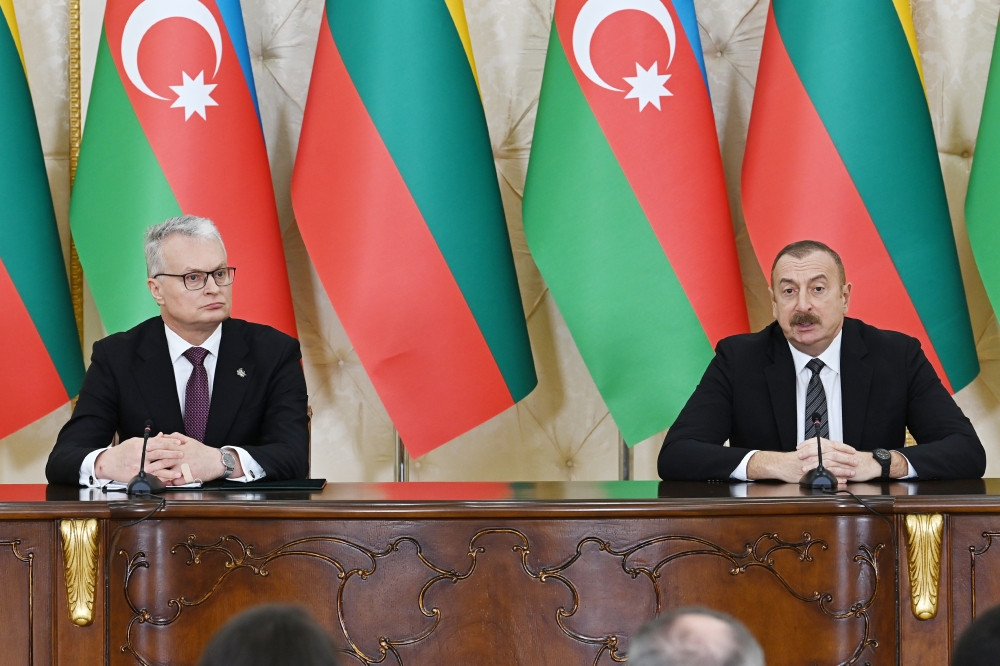 "I reiterated Azerbaijan's position that we want to see the South Caucasus as a region of peace, cooperation and interaction. I think that after the second Karabakh war, there is an opportunity to create this format of cooperation," President of the Republic of Azerbaijan Ilham Aliyev said in his press statement after meetings with the President of the Republic of Lithuania Gitanas Nausėda, News.az reports.

"We have also exchanged views about that with our Georgian colleagues which also very positively consider this option but unfortunately Armenia is not willing so far to give a start, initial start to a trilateral format of interaction in the South Caucasus. I think that these opportunities should not be missed, because now is the time for the South Caucasus to demonstrate its commitment to peace, security and stability. As for the post-conflict situation, we have some optimism, which is based on the fact that Armenia has officially accepted the five fundamental principles put forward by Azerbaijan in connection with the peace agreement.

As a matter of fact, as soon as the second Karabakh war ended, Azerbaijan started to openly come out in favor of the signing of a peace agreement and the establishment of a joint commission on the delimitation of borders. This was not welcomed by Armenia. Then we clarified our position, these five well-known principles that are fundamental principles of international law, are in accordance with the UN Charter, the Helsinki Final Act and good international practices. We do hope that Armenia remains committed to its initial position, which includes the adoption of these principles, and this serves as a basis for the signing of a peace agreement," the head of state said.