Azerbaijani President: We appreciate France's support for the demining process in our liberated territories 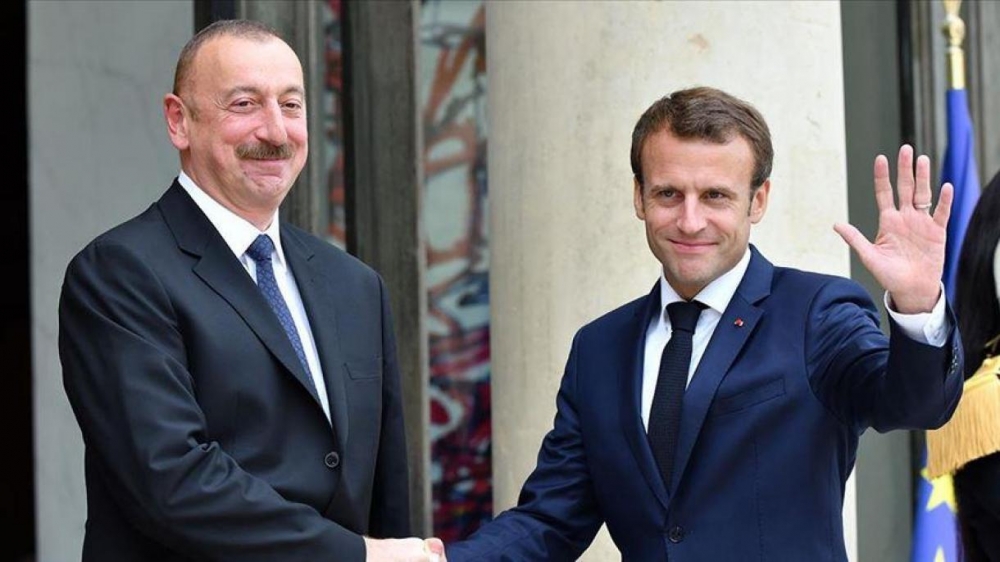 “The Republic of Azerbaijan, where peoples of different civilizations, cultures and religions have historically lived together and in harmony, is a state pursuing an independent policy based on the will and interests of the people. Azerbaijan has restored its territorial integrity by ending the occupation of its historical and ancient lands by Armenia and implemented UN Security Council resolutions. The end of the 30 years of aggression has created opportunities for cooperation in the region in accordance with the new geopolitical reality. In this regard, the opening of transport and communication lines ushers ample economic opportunities for our region,” said President of Azerbaijan Ilham Aliyev in a message of congratulation addressed to President of France Emmanuel Macron on the occasion of the 30th anniversary of the establishment of diplomatic relations between the two countries, News.az reports.

“I believe that our quadripartite meeting and talks initiated by France as the current President of the European Union provided a good opportunity for building confidence in the region and ensuring lasting peace and stability.

Azerbaijan is a supporter of peace. We are ready to start negotiations on a peace agreement with Armenia on the basis of fundamental principles of international law such as territorial integrity, sovereignty and inviolability of internationally recognized borders. Emphasizing the importance of Armenia's constructive stance on this issue, we do hope that France will support the peace agenda in the region,” the head of state said in his message.

“At present, the main task facing Azerbaijan is to restore the territories completely destroyed as a result of many years of occupation. We appreciate France's support for the demining process in our liberated territories. At the same time, we welcome the attention your country has been paying to clarifying the fate of about 4,000 of our compatriots who went missing during the Armenian-Azerbaijani conflict.

As a member of UNESCO and in accordance with its Charter, Azerbaijan has repeatedly stated its intention to host the organization's mission in its territory over the past decades. We are ready to see the UNESCO mission in our country soon based on respect for the sovereign right of the member state”.

“Azerbaijan attaches great importance to the diversification of cooperation with the European Union, as well as the expansion of relations and dialogue with member countries. We express our confidence that these relations will be further strengthened in the coming months within the framework of your country's presidency in the European Union,” the head of state emphasized.