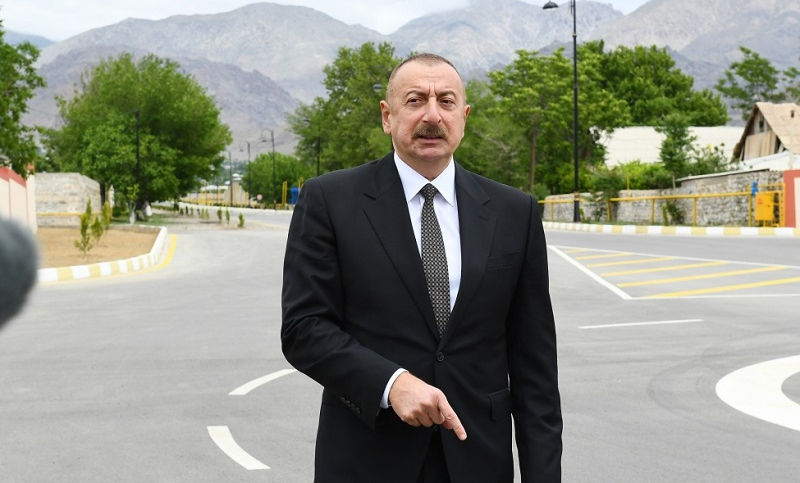 There is no power, resolve, or moral right in Armenia to keep such revanchist ideas alive, Azerbaijani President Ilham Aliyev said in an interview to the Azerbaijan Television as part of his visit to the Nakhchivan Autonomous Republic.

“My attitude remains the same. If they ever move from making such statements to any practical action, they will be destroyed immediately. No one can defend them. Let them not count on anyone either. For many years, they had been bragging about their “victorious and strong” army,” he said.

The head of state stressed that there is no power, resolve or moral right in Armenia to keep such revanchist ideas alive.

“This would be tantamount to suicide for them. I want to say again that we are following these statements for the time being. Both the government and the opposition in Armenia, almost all elements involved in politics are voicing their views on the return of Shusha, on the return of Hadrut. We are still showing restraint. But they shouldn’t play with fire. They have experienced our fist. Our fist is still in place. No one can stand in front of us. If we see the slightest danger, the slightest danger, we will destroy them immediately. We will destroy them on the spot. And they know this too. We have the strength, we have the determination and we have the courage,” President Aliyev added.