Azerbaijani president: The well-being of our people, their social status and of course their health is a key issue for us 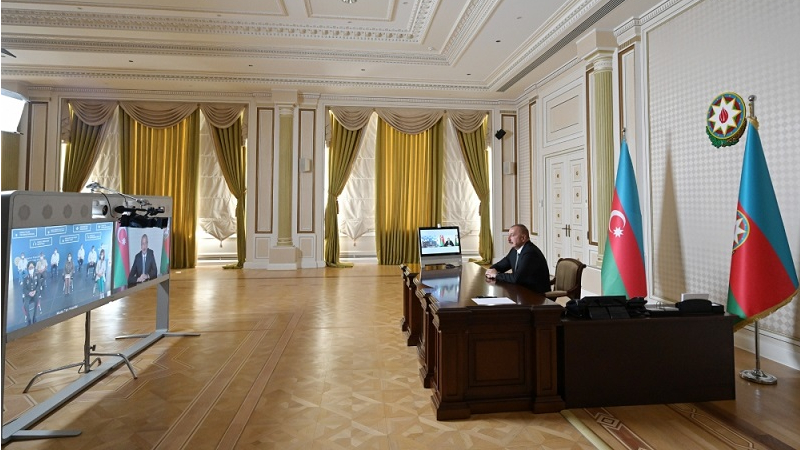 President of the Republic of Azerbaijan Ilham Aliyev on Monday took part via videoconferencing in the opening of another modular hospital of the Health Center of the Ministry of Emergency Situations for the treatment of coronavirus patients.

Speaking at the event, the head of state noted that the pandemic has had a negative impact on both the country's economy and the social situation of the people.

"Tangible steps are being taken to reduce the consequences of this impact. About five million people are covered by a large social package. Both the public and private sectors, as well as the unemployed, including those working informally, vulnerable people – all categories of people are provided with financial support by the state. This shows once again that the well-being of our people, their social status and, of course, their health is a key issue for us,” he said.

“From the first days of the pandemic, I said that human health is a priority for us, and we have made every effort to address this issue. Of course, under such circumstances, economic difficulties were inevitable. But I think that the economic situation in Azerbaijan is better than in other countries. We are well aware that in some developed countries, the economic downturn during the pandemic is at the level of 10, 15, 20, 25 percent. It is also at a high level in developed European countries. As a result of the measures taken in our country, the economy fell by only 2.8 percent in seven months. Given the global landscape, I think this is a good indicator,” President Aliyev added.