Azerbaijani President: "The souls of all our martyrs are happy" 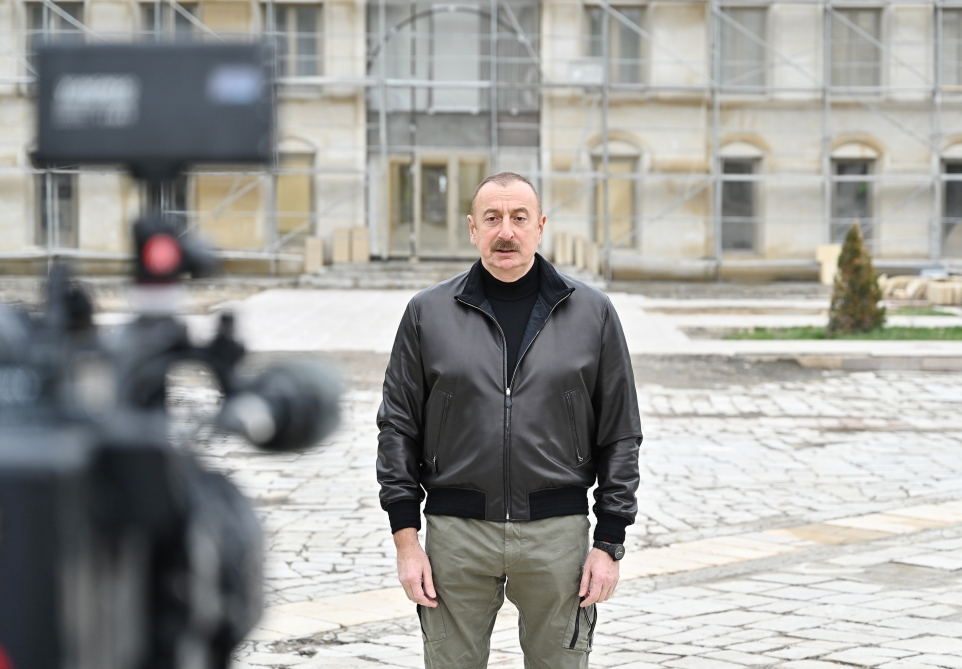 "Today marks the 99th birth anniversary of great leader Heydar Aliyev. I visited Fuzuli and Shusha today. I was in Nakhchivan on 10 May last year. On 10 May this year, I am in Karabakh, in liberated Karabakh," President of the Republic of Azerbaijan Ilham Aliyev said at Shusha, News.az reports.

President Ilham has noted that Heydar Aliyev rendered unparalleled services to the people of Azerbaijan: "He stood by the people in the most difficult moments for our people, saved the people of Azerbaijan from great troubles and tragedies. Heydar Aliyev is the founding father of the Azerbaijani statehood and the Azerbaijani state, its founder. He dedicated his life to the people, and his greatest wish was to see Karabakh liberated again, to have our territorial integrity restored. As a result of his work in the field of state building and army building, the foundations of the state were laid and our country embarked on the path of development.

Unfortunately, my father did not live to see this day. Hundreds of thousands of Azerbaijanis like him died without experiencing the joy of this day. We, their successors, have completed their work, and my father's will has been fulfilled. Today, the souls of my father and hundreds of thousands of people who died without ever seeing this day, the souls of all our martyrs are happy. We have made their souls happy."