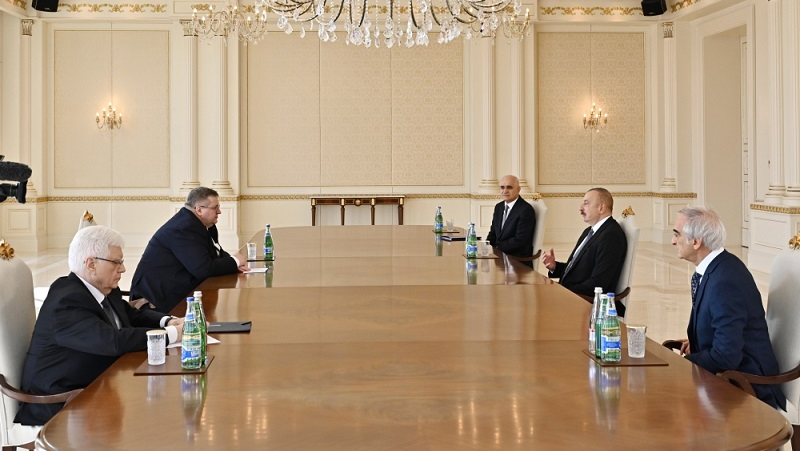 Noting the good level of trade and economic cooperation between the two countries, the President of Azerbaijan hailed the level of implementation of previously reached agreements.

President Ilham Aliyev touched upon the activities of the Intergovernmental State Commission on Economic Cooperation between the Republic of Azerbaijan and the Russian Federation, and expressed hope that the Commission meeting would review the work done, discuss potential areas of cooperation apart from the traditional ones, including the expansion of trade and services, and define new areas for cooperation.

The President of Azerbaijan also expressed his confidence that the activities of the trilateral commission chaired by the Russian, Azerbaijani and Armenian deputy prime ministers and, above all, the opening of transport and communication lines would be discussed during Alexei Overchuk’s visit to Azerbaijan. In this regard, President Ilham Aliyev said that a 60-kilometer section of the railway had already been built in Azerbaijan and would be completed next year. Azerbaijan is also progressing work on the construction of an automobile road in accordance with plan. Unfortunately, no action has been taken by Armenia in this regard, as it has not yet determined the geographical coordinates of the highway route to pass through its territory. Despite the fact that Azerbaijan has repeatedly raised this issue, Armenia has not responded.

Alexei Overchuk recalled with satisfaction that this year marked the 30th anniversary of the establishment of diplomatic relations between Russia and Azerbaijan. He stressed the importance of the Declaration on Allied Interaction between the Republic of Azerbaijan and the Russian Federation signed by the Presidents of Azerbaijan and Russia.