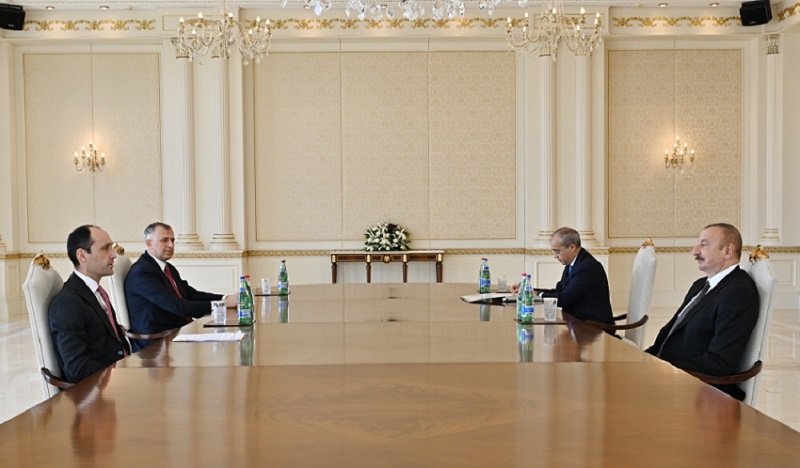 Noting that the Azerbaijan-Georgia relations have a broad agenda, the head of state hailed the successful implementation of agreements reached in both bilateral and multilateral formats, and stressed the importance of joint transport and energy projects implemented by the two countries in this regard. President Ilham Aliyev stressed the need to increase the volume of cargo transportation, and the capacity of the existing infrastructure between Azerbaijan and Georgia, adding that a good basis had been created for this. Praising the growth in trade turnover, the head of state also underlining the importance of defining prospects for further increase in its volume.

Pointing out the close ties between the two countries, Georgian Vice Prime-Minister, Minister of Economy and Sustainable Development Levan Davitashvili hailed the successful development of relations in all areas, including in the economic sphere, and underlined the regional and global importance of energy and transport projects. He also noted the great potential for increasing trade turnover.

The sides stressed the importance of the implementation of joint projects in agriculture and other sectors of economy, as well as the crucial role of Azerbaijani-Georgian economic cooperation in the economic development of the two countries.