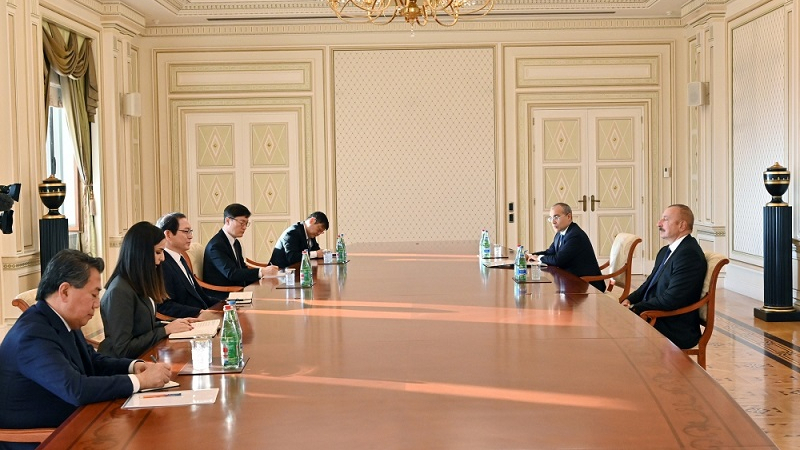 Touching upon economic cooperation, President Ilham Aliyev noted that Korean companies successfully operated in various fields in Azerbaijan, noting the activities of these companies in the implementation of major industrial infrastructure projects, and said that Korean companies also played a role in the modern architectural image of Baku.

Emphasizing that a presentation on the work to be done in the liberated lands of Azerbaijan would be held in the Republic of Korea in the coming days, the head of state said that the aim was to involve Korean companies in the liberated lands. The President of Azerbaijan noted that Armenia consistently destroyed the Azerbaijani cities and villages during the occupation, and that large-scale construction work had been launched in those territories after the victory. He added that companies from friendly countries to Azerbaijan were invited to this work. He stressed that a presentation of these activities in Korea once again confirmed the friendly relations between the two countries.

President Ilham Aliyev expressed his confidence that the visit of Chong Soo Park would contribute to the development of relations between the two countries.

The Chairman of the Presidential Committee on Northern Economic Cooperation of the Republic of Korea Chong Soo Park, thanked the President of Azerbaijan for the kind words and provided an update on the activities of the committee he is heading. He said that Korea's new northern policy covered 14 countries and Azerbaijan was the westernmost country among them. Noting that there were many similarities between Korea and Azerbaijan, including geopolitical positions, Chong Soo Park noted with satisfaction that Korea is located in a strategic place connecting the continents and oceans, while Azerbaijan is a transport hub connecting various international destinations and the Caspian Sea.

The sides pointed to Azerbaijan’s role in the East-West and North-South transport corridors, discussed opportunities for cooperation in bilateral and multilateral formats, as well as between economic zones. They also exchanged views on the prospects for relations in various fields, including renewable energy, transport, logistics and tourism.