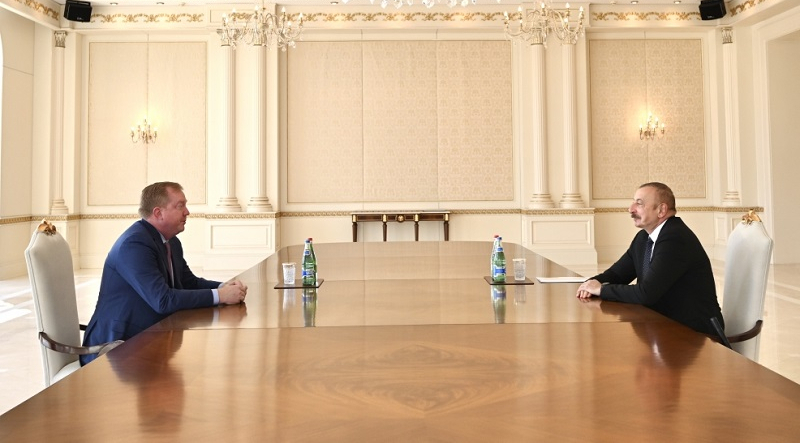 Deal thanked President Aliyev for his leadership in cooperation between Azerbaijan and Boeing. He noted that Boeing and Azerbaijan have been working together for 20 years.

President Ilham Aliyev underlined Azerbaijan's successful cooperation with Boeing and spoke about the role of this cooperation in the development of the country’s airlines. The head of state said that new airports were being built in the liberated territories and stressed that the aircraft fleet would be expanded in this regard.

President Aliyev informed Deal that three airports will be liberated in the liberated Azerbaijani territories.

“Two days ago, I laid the foundation stone of one of them. The first airport, the construction of which we started a few months ago, will be operational in September,” he said.

The head of state also pointed to the potential of the country's cargo aircraft fleet and noted opportunities for cooperation in this area. President Aliyev expressed confidence in further continuation of successful cooperation.

The head of state said he thinks that Azerbaijan is among the leading countries in terms of the potential of its cargo aircraft fleet.

“That is correct. It is commendable to have the honor of being the best carrier in the field of air freight in 2020, given that this process began two decades ago and you have already become a leader in this field,” Deal said.