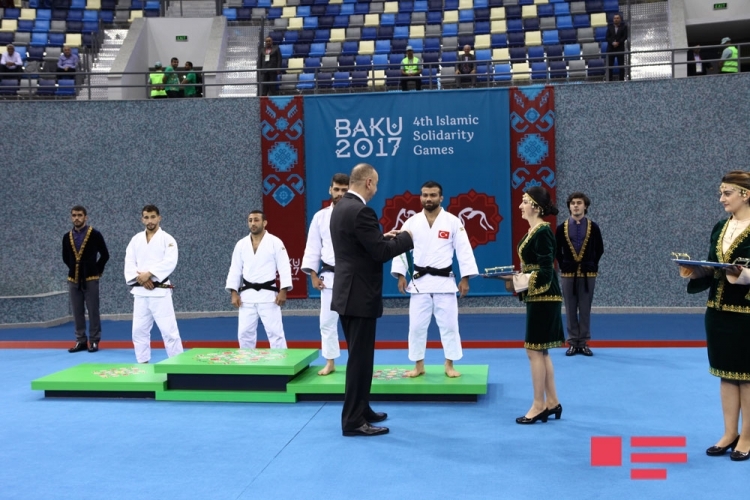 At the 4th Islamic Solidarity Games held in Azerbaijan, in the judo competition among men, the awarding ceremony continues, APA reports quoting Apasport.

Nijat Shihalizade (66 kg), having won over all rivals, rose to the top step of the pedestal.

The gold medal was presented to the winner by the head of state, the president of the National Olympic Committee Ilham Aliyev.

Then, the flag of Azerbaijan was hoisted under the national anthem.