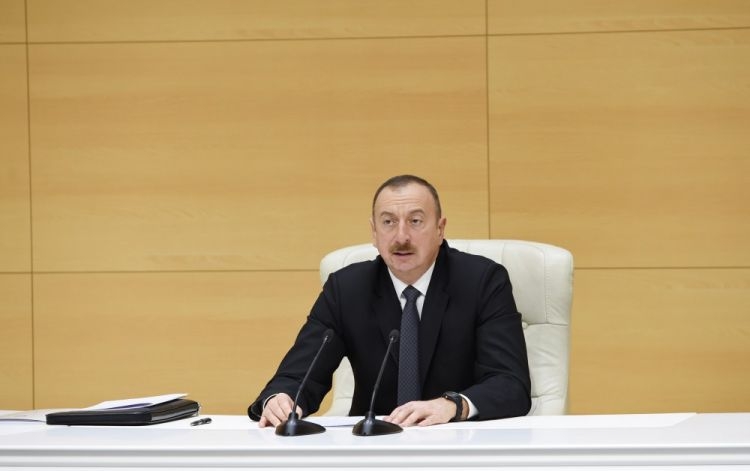 Azerbaijani president has named the products which caused currency flow to Azerbaijan in 2016, APA reports.

President of Azerbaijan Ilham Aliyev said at the republican conference of non-oil exporters in Yevlakh that hazelnut export amounted to $105 million.

“Hazelnut-growing develops rapidly. We created 15,000 hectares hazelnut orchards. As well as sericulture. We produced 70 tonnes of silkworm last year, while it was 200 kg in 2015. It will be 100 tonnes this year. Hazelnut is grown in our region, but 46 regions have potential. I think we can double production and export of hazelnut. We can easily increase that 105 million to 200 million. At the same time, we started to create almond orchards. We have only 1,000 hectares of almond orchards, of which 900 hectares are in Nakhchivan. However, Baku, Absheron peninsula are useful for almonds. I recommend this to the entrepreneurs. As to growing of olive and sugar beet, we must meet ourselves with olive oil. We have not achieved it yet. We export, but domestic demand is not met. As to sugar beet, we must get the sugar from the sugar beet. There is a great potential. So, the first place is held by hazelnut, the second – by tomato. Tomato export amounted to $94 million in 2016. The third place was held by date - $68 million, fourth place by sugar - $62 million. We major part of these sugars was produced by cane-sugar. That’s we imported raw material to produce sugar. Now, when we switch to beet, all $62 million will remain in our country. I think we can easily double sugar production either in plant in Imishli or other plant may be built”, he stressed.

The head of state noted that the fifth place was held by cotton: “We earned $24 million from cotton last year. I’m sure that this figure will be higher this year. Totally, we earned $350 million from these five products last year. By doubling thee products, we can get more currency. Moreover, there are industry, food and agricultural products. At the second part of the conference, representatives of the state bodies will answer the questions of entrepreneurs and give detailed explanation about these issues”.