Azerbaijani President: Muslum's voice was a gift from God, his unique style of performance was a phenomenon 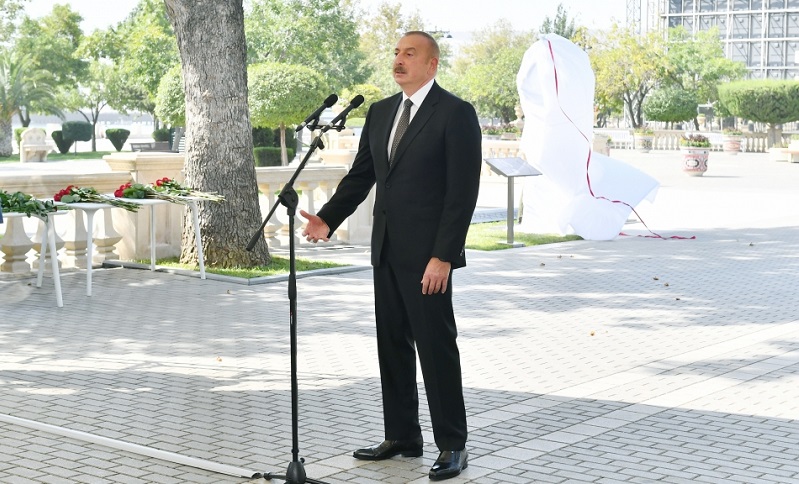 “Both Tamara and Muslum were great performers and world-famous singers. They were so attached to each other that the story of their love and friendship is a legend. They met in Baku, and my late father always remembered those days,” said President Ilham Aliyev in his speech at a ceremony to unveil a statue of Muslum Magomayev at the Baku Seaside National Park.

“Of course, talking about Muslum today is both easy and difficult. Because he was such a great personality, both as an artist and as a person. One can talk about him for hours. At the same time, while pointing to all of his talents, those who knew him closely, those who loved him, first of all, remember him as a person, of course. I am sure that you feel the same way,” the head of state mentioned.