Azerbaijani President: If someone cherishes some revanchist sentiments, they will see this fist again 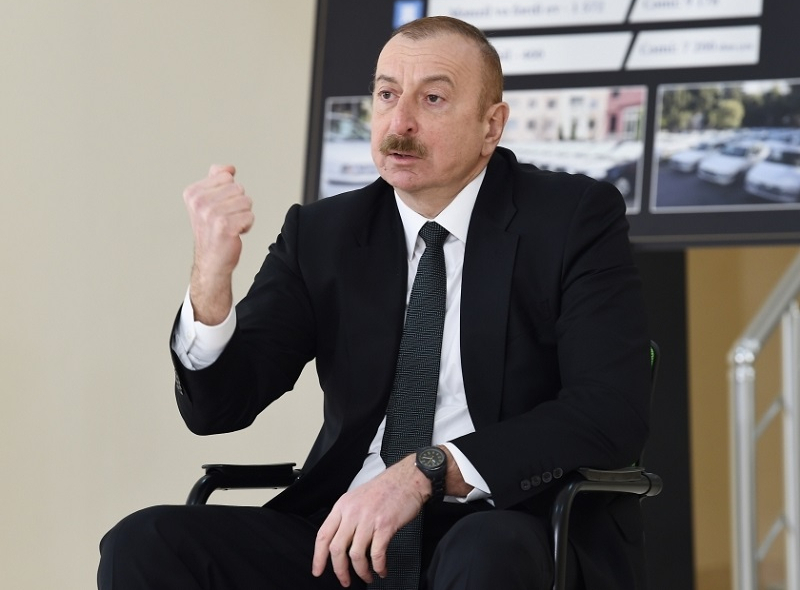 The Armenian leadership now complains that the weapons given to them were useless, it is easy to blame someone, said Azerbaijani President Ilham Aliyev as he met with the family members of martyrs and war disabled in Balakhani, Baku.

“However, they must also say that these weapons were given to them free of charge. In fact, they were armed against us not just for one year, not for two years, but for 30 years,” the head of state said.

The president stressed that Azerbaijan is now using all the opportunities available to closely monitor the developments unfolding in the region.

“We have opportunities, we have enough sources of information. We know how much free weaponry was given to Armenia during the war, how much was given before the war. Immediately after the July clashes, starting from 17 July until the last day of the war, several planes brought free weapons to Armenia every day. Did Armenia buy those Iskander missiles for money? It got them for free. Did they buy Elbrus, Tochka-U and Scud missiles for money? They got it for free. The S-300, seven of which we destroyed, were provided free of charge, just as tanks, artillery and other air defense systems. We have destroyed them all. There is no Armenian army any more. It is gone,” he added.

The head of state emphasized that their allies want to revive the Armenian army, to modernize it.

“Why? Against whom? The war is over. If someone cherishes some revanchist sentiments, they will see this fist again, it is still there, so they should not test our patience. The Armenian army is gone. It is not and should not be there. There should be no army in such a fascist state. We will never allow any threats to us or to our citizens who will return to the liberated lands,” President Aliyev concluded.