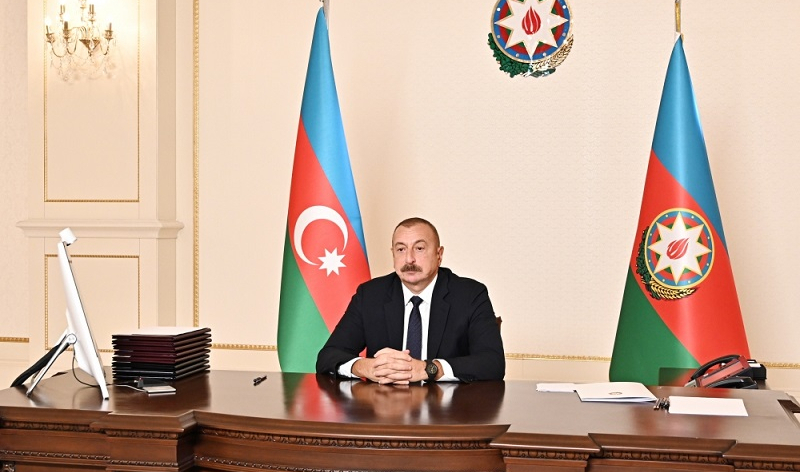 “I would like to emphasize once again the special role of President of the Russian Federation Vladimir Vladimirovich Putin in the cessation of hostilities. This allowed both sides the opportunity to avoid thousands casualties,” said President Aliyev in his speech at a session of the Council of Heads of State of the Commonwealth of Independent States held in a video conference format, News.Az reports.

The head of state stressed that in accordance with the Trilateral Statement, Armenia withdrew its occupying forces from the occupied parts of Aghdam, Lachin and Kalbajar districts of Azerbaijan.

“Prior to that, the Armed Forces of Azerbaijan had liberated more than 300 towns and villages on the battlefield. Thus, as already mentioned, the conflict was resolved by both military and political means. According to the Trilateral Statement, Russian peacekeepers have been deployed in the Karabakh region of Azerbaijan. A working group chaired by the deputy prime ministers of Russia, Azerbaijan and Armenia has been set up to resolve the issue of opening transport communications,” he added.