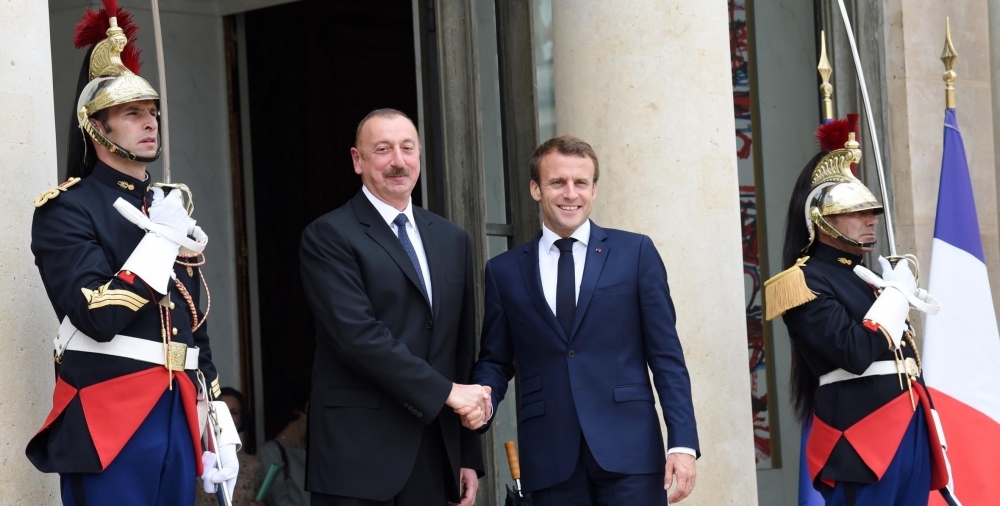 “I heartily congratulate you and all the people of your country on the occasion of the national holiday of the Republic of France, and convey my best wishes,” President Aliyev said in a congratulatory message.

The head of state noted that this year marks a significant anniversary in the history of Azerbaijan-France interstate relations. “In the current year, when we celebrate the 30th anniversary of the establishment of diplomatic relations between our countries, we review our achievements during the past period and explore the possibilities for a further expansion of effective cooperation we have developed in the fields of economy, energy, culture, education, etc. I believe there are prospects for the development of our mutually beneficial cooperation in various directions.”

The Azerbaijani leader stressed that the new geopolitical reality established in the South Caucasus has created favorable grounds for sustainable peace and regional economic cooperation.

“Having ended the 30-year occupation of its lands, Azerbaijan wants to turn the page of the war, normalize relations with Armenia and sign a peace treaty. We believe that France can make a valuable contribution to the process of preparing a peace treaty between Armenia and Azerbaijan based on the five principles we have presented in accordance with international law,” he said.

“The mines Armenia has planted in the liberated territories remain the biggest obstacle to the restoration and reconstruction work carried out here, as well as to the socio-economic reintegration of the region. Since 10 November 2020, more than 220 people have been killed or seriously injured as a result of mine incidents. We appreciate France's contribution to the process of demining of our territories, and hope that your country will provide necessary support in clarifying the fate of nearly 4,000 of our compatriots who went missing during the Armenia-Azerbaijan conflict,” President Aliyev added.