Azerbaijani President: Armenian fascism is ugliest, most brutal of all that existed in other countries 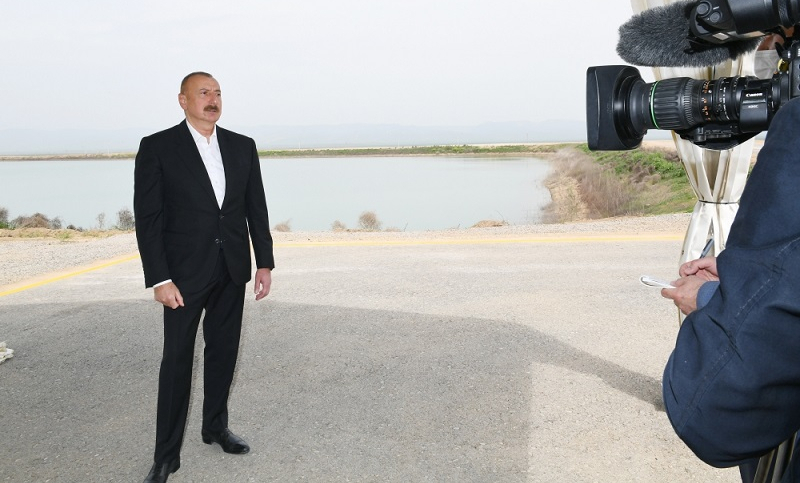 Armenian fascism is the ugliest and most brutal of all those that existed in other countries, Azerbaijan’s President Ilham Aliyev said in an interview to Azerbaijan Television.

“We must rebuild and build a territory four times the size of Luxembourg from scratch, because the contemptible enemy has destroyed everything, every single building on these lands. All foreign visitors can see that today. They can see Armenian vandalism with their own eyes,” the head of state said.

“There have been many wars in history but I think that such cruelty and hostility has never happened in the history of wars. Even if we compare it to World War II, there was no such vandalism at the time. Religious sites were not destroyed. We know all this well," he said.

The head of state emphasized that Armenian fascism is the ugliest and most brutal of all those that existed in other countries.

“In this war, we not only restored our territorial integrity but also destroyed Armenian fascism. This is a historic mission we have completed not only for the Azerbaijani people but also for the whole world. Armenian fascism has been destroyed. It has been destroyed by the Azerbaijani people. If certain revengeful forces raise their head in Armenia today, they should know that, if necessary, we will smash their heads at any moment,” he said.

The president noted that Azerbaijan cannot allow Armenian fascism the opportunity to raise its head again.

“We cannot allow Armenia to bring its army to a state that would pose threat to us again. If we see a potential threat, we will immediately eliminate it. Everyone should know this – both Armenia and its patrons, because it is an issue of national defense, a matter of national security for us,” he said.

"In parallel with this, we are also ready for cooperation – although Armenia committed genocide against Azerbaijanis at state level. Despite the fact that all our historical and religious sites have been destroyed, we must look to the future. Of course, we will never forget Armenian vandalism. The main goal of the establishment of the Military Trophies Park, which has caused a great stir in Armenia, is for the Azerbaijani people never to forget this vandalism. We must never forget that. We will never forgive this," President Aliyev added.