Azerbaijani president: Armenia once again shows that its policy of aggression against Azerbaijan continues, this policy shows fascist essence of Armenia to whole world 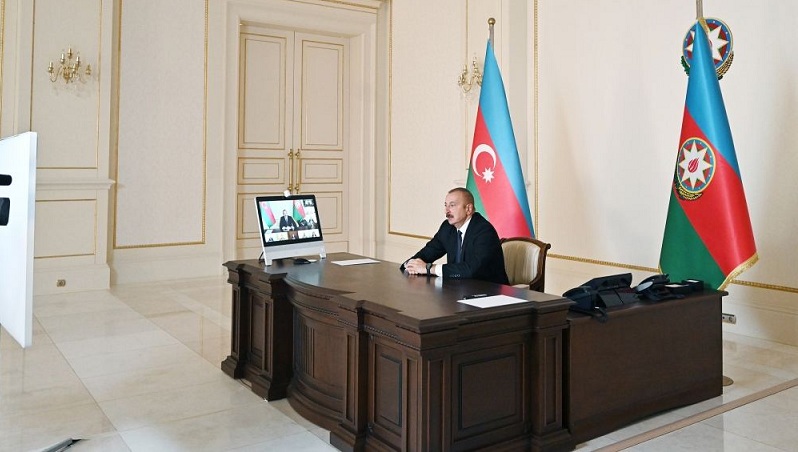 As you know, early this morning, Armenian armed forces committed yet another military provocation against Azerbaijan, President of the Republic of Azerbaijan Ilham Aliyev said during a meeting of the Security Council.

“We have losses as a result of this provocation, both among the civilian population and servicemen. This once again shows that Armenia's policy of aggression against Azerbaijan continues, and this policy shows the fascist essence of Armenia to the whole world,” the head of state said.

“As soon as I received the information in the morning, I contacted the Minister of Defense and the heads of other relevant agencies, gave relevant instructions, and on the basis of these instructions, the Azerbaijani Army launched a large-scale counter-offensive. I must say that Armenia's military provocation was pre-planned. They have been preparing for this provocation for a long time, and the intelligence we have shows that Armenia intends to start a new war against us. I have repeatedly talked about this issue in the last week – both in my TV interview and from the UN platform. I said that the aggressive state must be stopped. They are preparing for a new war,” the Azerbaijani president said.

“I simply want to reiterate that the military attack on us early this morning was a pre-planned military provocation. Because our positions were fired on from various directions using different weaponry, including heavy artillery. At the same time, our settlements and villages were fired on. As I said, we have losses among the civilian population. This once again shows the ugly face of Armenian fascism. Because such atrocities against the civilian population can only be attributed to fascist states, and this is not the first time – the events in Tovuz and others. The Khojaly genocide was committed by Armenian savages against the civilian population. This time too, Armenia’s main target is our settlements. By opening fire, they want to create panic among the Azerbaijani public, among the citizens of Azerbaijan, in the villages and towns along the frontline. This morning, I received information from all frontline regions. I can say with full confidence that the citizens of Azerbaijan are showing courage. Everyone is in their place and are ready to support our army and state at any time, and they are doing that," the head of state said.