Azerbaijani President: 44-day Patriotic War was a celebration of national will, national spirit and national dignity 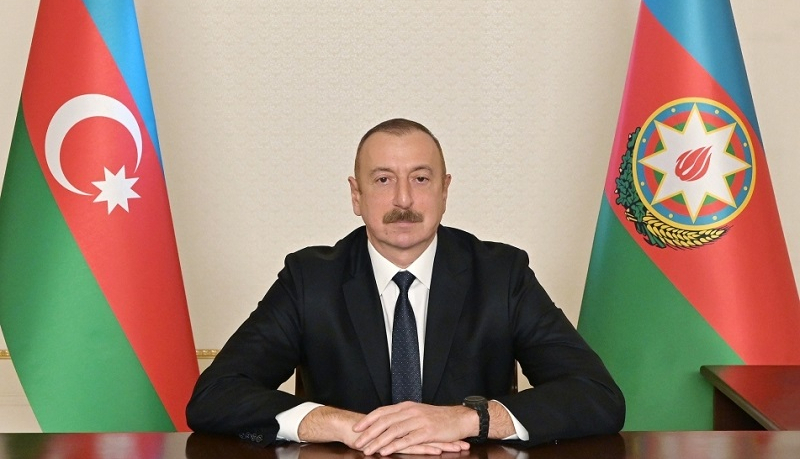 “The 44-day Patriotic War was a celebration of national will, national spirit and national dignity. We won the battle on the battlefield. More than 300 towns and villages were liberated on the battlefield. We achieved this victory by shedding blood and offering martyrs, and we forced the enemy to kneel before us and sign the act of capitulation, an enemy that had been challenging us for 30 years, had been trying to trample on the honor and dignity of the Azerbaijani people for 30 years. The impudent, furious and impertinent enemy knelt before us, waved the white flag, surrendered and was forced to sign an act of capitulation in the early hours of 9 November. As a result of that, hundreds of towns and villages were returned to us without a single shot being fired or a single person becoming a martyr,” said Victorious Commander-in-Chief, President of the Republic of Azerbaijan Ilham Aliyev as he addressed the nation on the occasion of the Day of Remembrance.

“Meanwhile, the contemptible enemy was forced to retreat even though they had a favorable position, the natural terrain of the area was a great advantage to them and they had built five to six lines of defensive fortifications in 30 years. During the 44-day war, not a single soldier deserted from the Azerbaijani Armed Forces. However, there were more than 10,000 deserters in the Armenian army,” the head of state emphasized.

“We are proud of our martyrs and wounded veterans, as well as our soldiers and officers who showed heroism in the Patriotic War. Their heroism and self-sacrifice will never be forgotten. We have shown the whole world that the Azerbaijani people are a great nation, the Azerbaijani people never intended to come to terms with this injustice,” President Ilham Aliyev mentioned.