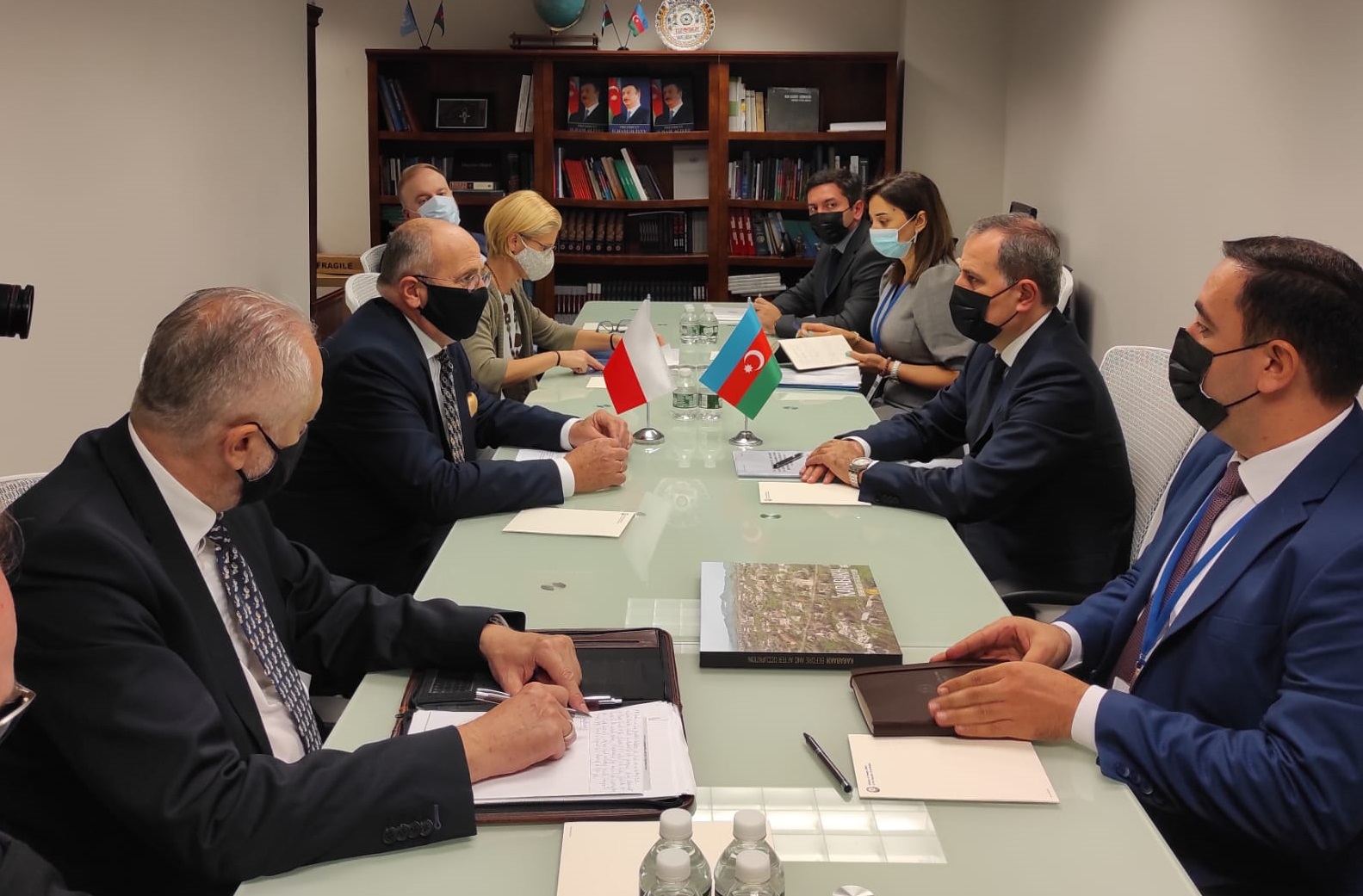 Azerbaijan’s Foreign Minister Jeyhun Bayramov met with his Polish counterpart Zbigniew Rau on the sideliness of the 76th session of the UN General Assembly, the Foreign Ministry told News.Az.

The ministers exchanged views on various issues of the bilateral cooperation agenda, including the successful continuation of political dialogue, expansion of economic cooperation, including the activities of the Intergovernmental Commission on Economic Cooperation, strategic partnership between Azerbaijan and Poland, as well as cooperation within international organizations.

They stressed the need to further deepen bilateral relations between the two countries and continue joint efforts in this direction.

During the meeting, the sides discussed issues of cooperation between Azerbaijan and the European Union, including participation in the Eastern Partnership.

They further exchanged views on Poland's chairmanship in the OSCE next year and cooperation within the OSCE.

During the meeting, Minister Bayramov spoke about the new realities in the region and the current regional security situation as a result of the 44-day war, the implementation of the trilateral statement dated November 10, 2020. He noted that Azerbaijan is interested in ensuring long-term peace and stability in the region, has taken the necessary steps in this direction and informed his counterpart that Azerbaijan has begun restoration and construction work in the liberated territories.

Minister Bayramov said that Armenia was still an obstacle to stability in the region and continues its provocations.

Stressing his country's interest in developing relations with Azerbaijan, Zbigniew Rau stressed the importance of ensuring peace and stability in the region. He said Azerbaijan was an important partner for Poland and would spare no effort to develop these relations in all areas.

The ministers also exchanged views on other issues of mutual interest.