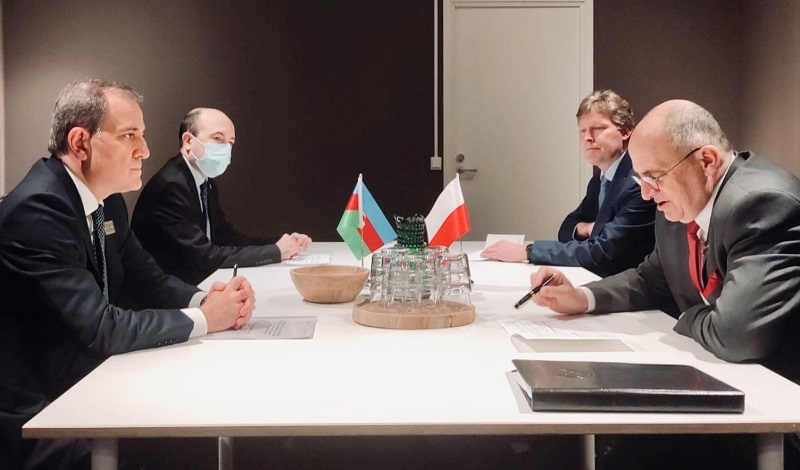 Azerbaijan’s Foreign Minister Jeyhun Bayramov held a meeting with his Polish counterpart Zbigniew Rau as part of his participation in the 28th meeting of the OSCE Ministerial Council in Stockholm, the Foreign Ministry told News.Az.

During the meeting, it was noted that the Polish-Azerbaijani relations are of the strategic partnership nature.

Referring to the fact that next year will mark 30 years since the establishment of diplomatic ties between the two countries, the ministers stressed the importance of holding relevant events in this regard.

Bayramov informed his Polish counterpart about the regional security in the post-conflict period, about the steps that should be taken to normalize relations between Azerbaijan and Armenia, the implementation of trilateral statements, as well as the restoration work carried out by Azerbaijan in the territories liberated from occupation.

During the meeting, the sides also exchanged views on other issues of mutual interest.