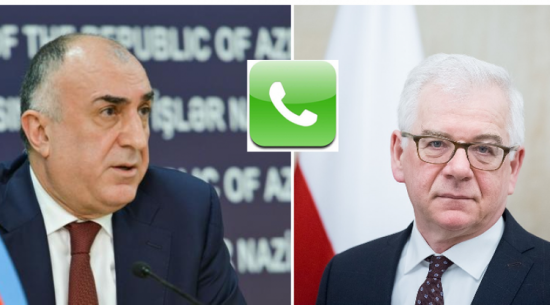 The sides had an exchange of information on the measures taken by the states to fight the global pandemic and noted the importance of international solidarity in this regard, the Foreign Ministry told News.Az.

Minister Mammadyarov informed his colleague on the online Summit of the Non-Aligned Movement (NAM) Contact Group held upon the initiative of the President of the Republic of Azerbaijan on 4 May 2020 and its results.

The ministers exchanged their views on the future perspectives of bilateral relations and noted with satisfaction the high-level political relations between the two states.

They also exchanged views on cooperation within international organizations, especially the United Nations. It was agreed to continue contacts in the future.