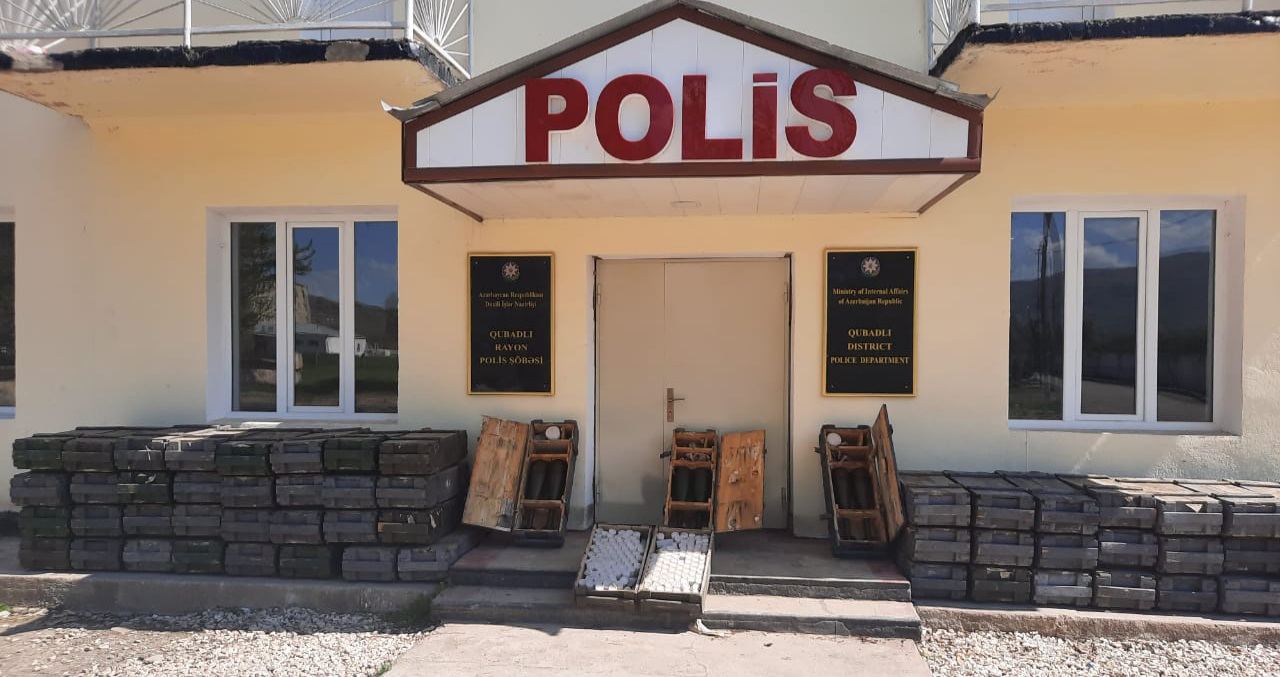 Azerbaijani police officers continue to carry out preventive measures to detect weapons and ammunition in the territories of Azerbaijan liberated from Armenian occupation, according to the Barda regional group of the press service of the country’s Ministry of Internal Affairs.

During the events held by the officers of the Gubadli District Police Department, 118 mortar shells and 181 detonators for them were found at the military positions left by the Armenian troops in the district.

Following the liberation of its lands, Azerbaijan from Nov. 2020 started carrying out operations on clearing its lands from mines, booby traps, and various weapons left behind by the Armenian troops.