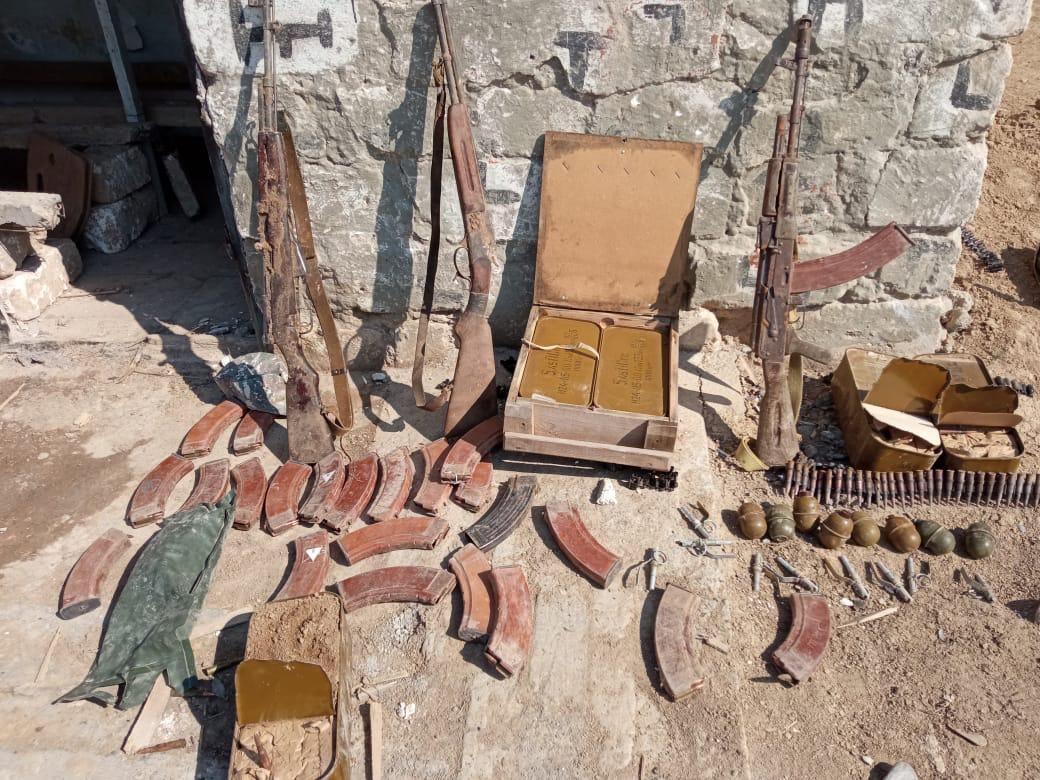 A batch of weapons and ammunition left by Armenian troops while fleeing (during the 44-day war, from late Sept. through early Nov.2020) was found in Azerbaijan’s Khojavend district, according to the Barda regional group of the Interior Ministry’s press service.

The territory had been liberated by Azerbaijani army from the Armenian occupation during the 44-day war.