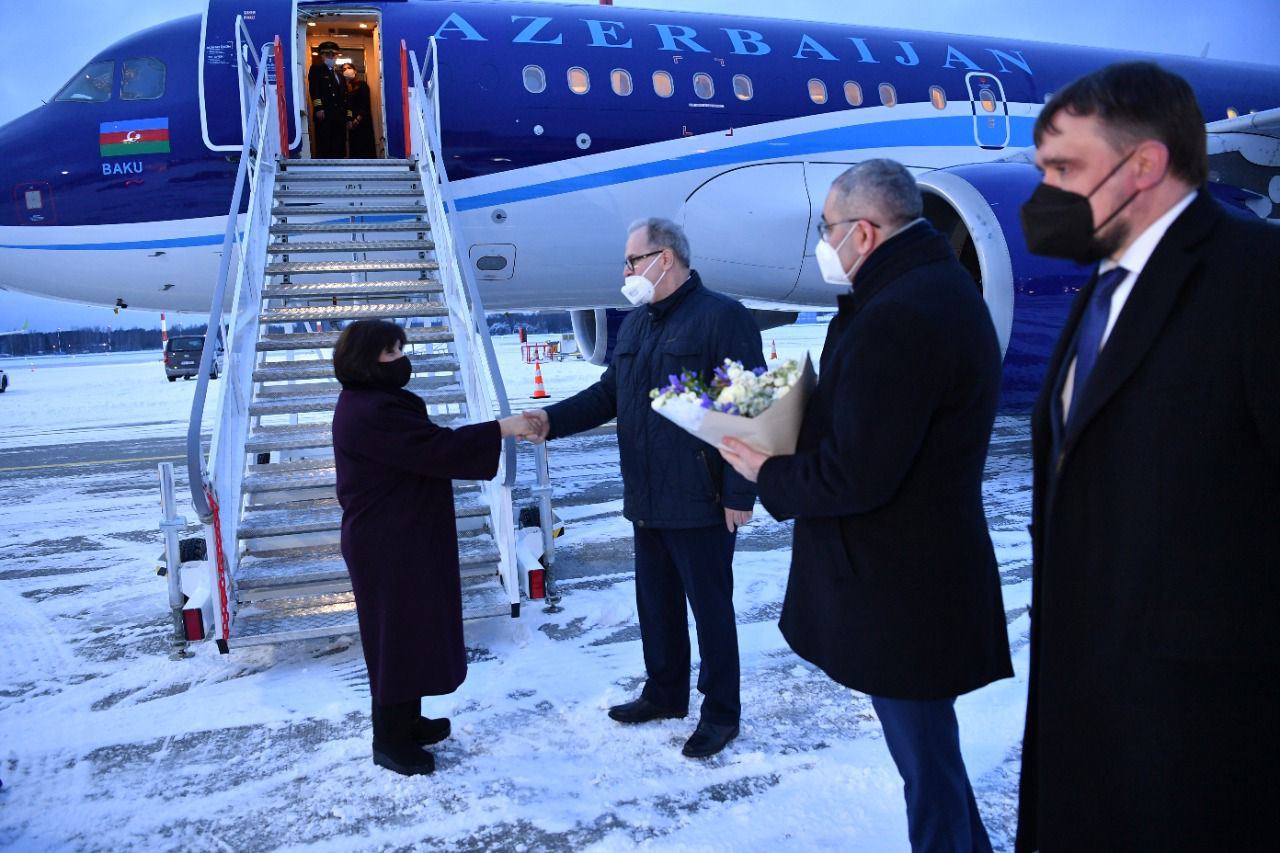 The delegation includes the heads of Azerbaijan’s working groups for inter-parliamentary relations with Latvia, Lithuania and Estonia Kamran Bayramov, Nasib Mahamaliyev, respectively, as well as MPs  Rashad Mahmudov and Elnur Allahverdiyev and other officials.

The Azerbaijani delegation was welcomed at the Riga International Airport on 1 February by Azerbaijani Ambassador to Latvia Elnur Sultanov, the Latvian ambassador to Azerbaijan Dainis Garančs and other functionaries.

Speaker Sahiba Gafarova is scheduled to hold meetings with her Latvian counterpart, the president, the prime minister and other officials of Latvia.