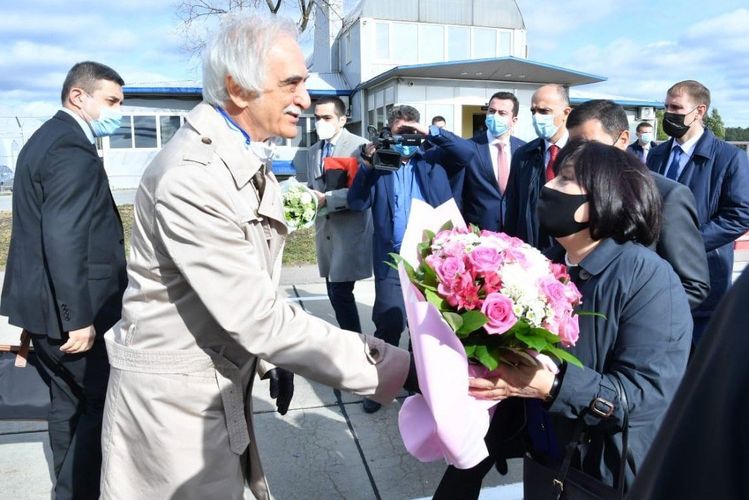 An Azerbaijani parliamentary delegation led by Speaker Sahiba Gafarova on Monday arrived in Russia on an official visit.

This is Gafarova’s first visit to Russia in her capacity as the speaker of the Azerbaijani parliament, the parliament told News.Az.

At the Moscow Domodedovo Airport, the Azerbaijani delegation was welcomed by Deputy Chairman of the Federation Council of the Russian Federal Assembly Ilyas Umakhanov, Azerbaijani Ambassador to Russia Polad Bulbuloglu and other officials.

Parliament Speaker Gafarova will hold meetings with Russian officials during the visit.