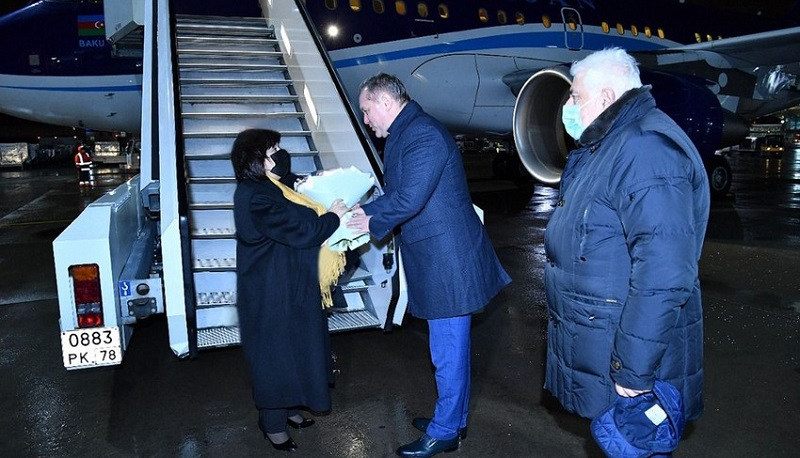 An Azerbaijani parliamentary delegation headed by Speaker Sahiba Gafarova arrived in Russia on Nov. 24 to take part in a meeting of the Council of the CIS IPA and the 53rd plenary session of the Assembly, the parliament’s press service told News.Az.

At the Pulkovo Airport of St. Petersburg, the Azerbaijani delegation was welcomed by the CIS IPA Council’s Secretary-General Dmitry Kobitsky, Azerbaijan’s Consul General in St. Petersburg Sultan Gasimov, and other officials.

Speaker Gafarova will make speeches at the meeting of the Council of the CIS IPA, as well as at the international conference due to take place within the IPA frameworks. The speaker will also hold meetings with the heads of the participating delegations.